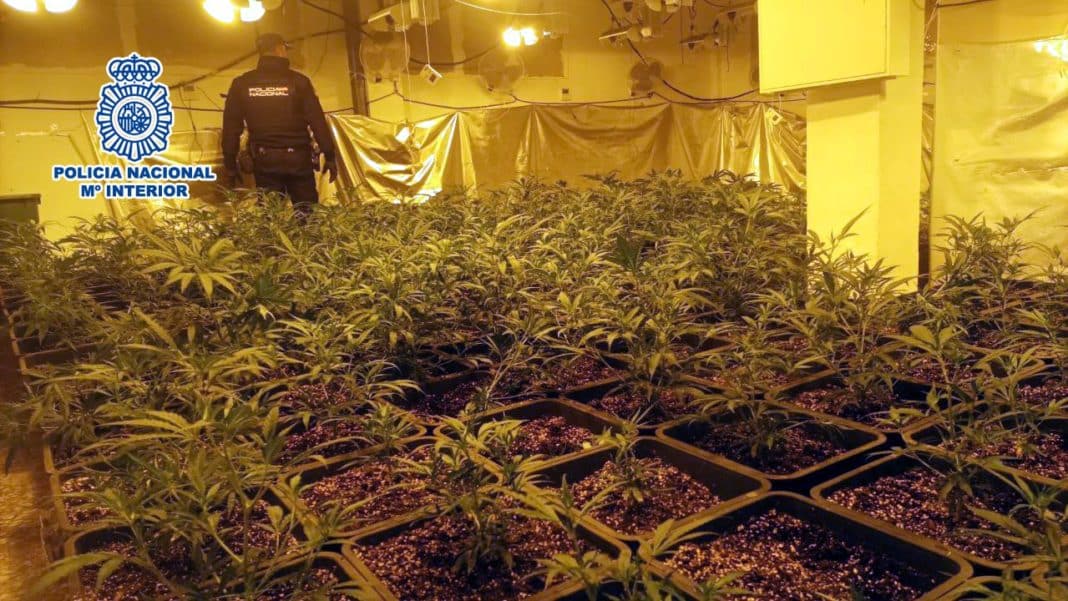 National Police agents from Elche and Lorca have simultaneously dismantled six “indoor” marijuana plantations with a total of 2,181 plants. During the raids thirteen people were arrested in country houses located across the provinces of Alicante and Murcia.

The group is made up of people of Albanian nationality, as well as individuals from Italy, and the gang leader from Alicante.

The gang rented isolated houses in rural areas, mainly, where they located the plantations, using a sophisticated equipment in order to increase the yields of the plantations. The properties were rented using false documentation provided by the Albanian members. Next, after which the plantations were assembled following which the plants were cut and dried for their subsequent transport, presumably outside of Spain, where narcotic substance can double or even triple their value on the illicit market.

Officers located a total of eleven houses, across the Alicante and Murcian regions, six of them with plantations, and others that were used as “safe houses”, where the gang members stayed.

the main ones involved and hid the money from the profits derived from the illegal activity and which were guarded by the members of the criminal group, with strong security measures against possible robberies committed by rival criminal groups, as well as to avoid their detection.

The house searches were carried out in homes located in the Alicante towns of Elche, La Romana, Albatera, Tibi and Alicante, and Murcian towns of from Calasparra, Lorca, Cartagena, La Unión and Los Urrutias.

The detainees, between 19 and 65 years of age, were placed at the disposal of the Investigating Courts on duty in the towns where they were arrested.