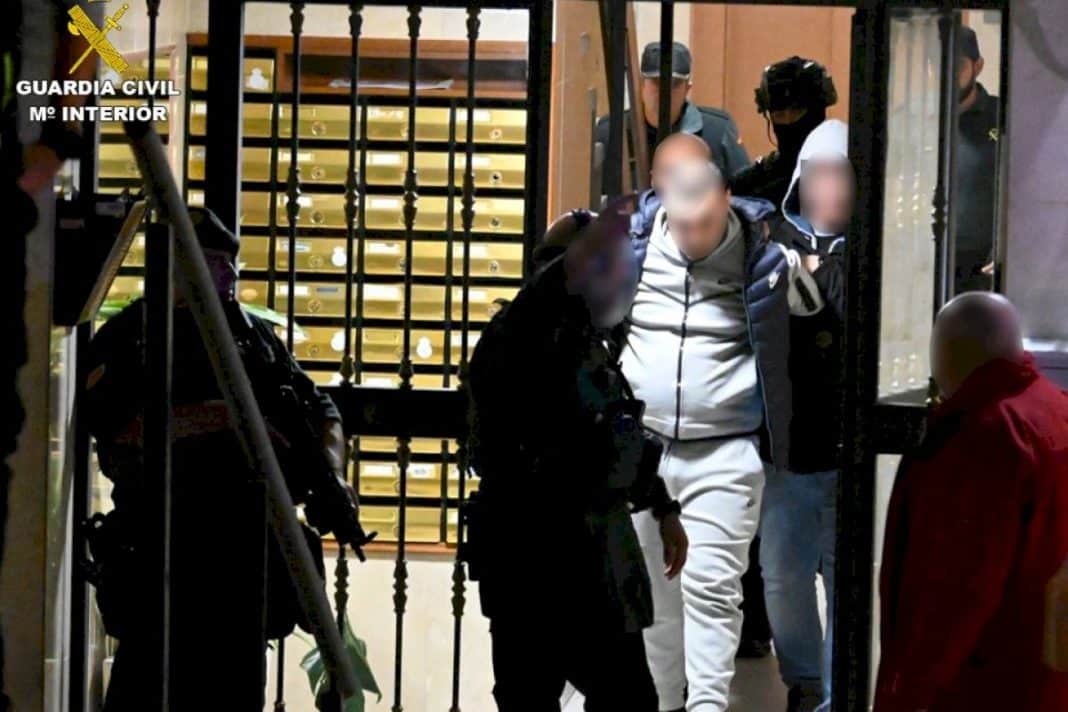 The Guardia Civil, in collaboration with the Italian Carabinieri Corps, arrested four people as responsible for a kidnapping in the municipality of Callosa de Segura related to an “overturn” of drugs. Various courts of various judicial districts have ordered the entry into prison of three of the four detainees.

The investigations began on April 20 of last year, when a Moroccan man went to the Guardia Civil offices in San Juan de Alicante to report his kidnapping. He himself told the agents that, when he was going to his home located in the town of Callosa de Segura, four men, using various firearms, had kidnapped him for four days in a house in the same town.

In the days that the kidnapping lasted, the perpetrators of the events, by means of bladed weapons, inflicted various serious injuries on him, in addition, they deprived him of basic food.

Finally, while they were transferring him to another address in the town of El Campello, he managed to escape from his captors and go to the police station.

Following this information, the Territorial Team of the San Juan de Alicante Judicial Police of the Alicante Guardia Civil took charge of the investigations, so in order to clarify the facts and locate those responsible, they decided to start the investigation. operation Stratavo.

In a first phase, on April 22, the agents located the two addresses used by the kidnappers in the towns of Callosa de Segura and El Campello. In both, they carried out two home searches, arresting a 55-year-old Italian woman in the latter location.

Then, by analysing the data obtained, and through Europol ‘s Secure Information Exchange Network Application (SIENA), the agents exchanged information with the Italian Carabinieri Corps, and were able to find out the reason for the kidnapping and identify to the mastermind and leader of the gang.

Apparently, the kidnapping victim had not provided all the information to the investigators, since the agents were able to discover that everything came from a settling of scores for a drug “overturn”. A drug “overturn” is the criminal modality that consists of a group of criminals stealing the drug they possess from another group of drug traffickers.

The leader of the gang, the detainee’s brother, was a 54-year-old Italian man who had ties to criminal groups related to the Neapolitan Camorra. For these facts, on August 1, he was arrested in the town of Valencia, and the Court of Duty and Instruction of the Judicial District of Valencia ordered his admission to prison.

Finally, the rest of the members of the criminal group were identified, two Spanish men of 31 and 34 years of age. On December 12 and 20 and in the Malaga towns of Mijas and Marbella, the two men were arrested. Both the Court of Duty and Investigation of the Judicial District of Fuengirola and Marbella ordered the imprisonment of both.

The four detainees, according to their degree of participation, have been charged with the crimes of kidnapping, injuries and belonging to a criminal group, reporting everything to the Investigating Court No. 3 of Orihuela, which is the competent judicial body that carries out the investigation. of the cause.

The agents during the searches have intervened various biological evidence, documentation and mobile phone devices, which is being studied.