The LeaderPutting YOU at the Heart of the Community
Sign in / Join
Subscribe
Home Motoring How will Low Emission Zones be managed in Spain? 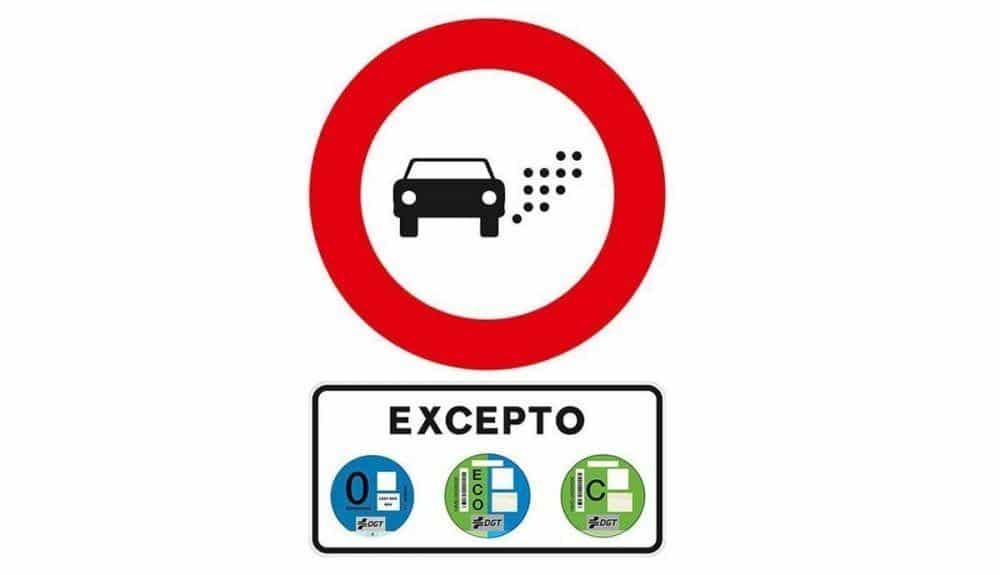 The date is fast approaching, when new mandatory Low Emission Zones (Zonas de Bajas Emisiones or ZBE in Spanish) have to be implemented in all towns and cities with more than 50,000 inhabitants, as well as in island territories and in towns with more than 20,000 inhabitants. In fact, as of 1 January 2023, these zones have to be implemented, in which only certain vehicles, those displaying the so-called eco sticker, or the least polluting, in other words, will be allowed to enter, with fines issued to those who fail to comply. That said, despite the looming deadline, there are still many councils around the country who have not yet even started the process, a matter that they are legally obliged to enforce. In order to help the driver, the DGT has already created a signage system specifically for Low Emission Zones. This sign, which is bordered by a red circle to indicate the mandatory nature of the instruction, features a pictogram of a car and exhaust fumes. The sign is designed to be accompanied by a rectangular sign which provides exceptions, in other words, there is no entry for vehicles beyond the sign, except those displaying the relevant eco stickers indicated. Second, the DGT also added an element to the new Traffic Law that came into force in March 2022, which included a new sanction to be applied in case of not respecting the restrictions derived from the anti-pollution protocols and the new Low Emission Zones. This fine is already set today at 200 euro for non-compliance. As we mentioned, there are still some town halls who are yet to start the process, and to assist them, the DGT has created a protocol with the new system that would allow town halls to control the passage of vehicles to these new Low Emission Zones. “We have drawn up a protocol to help the Town Halls to incorporate the system for the automatic reading of number plates”, Pere Navarro, the Director General of the DGT confirmed. “In addition, we have also made some recommendations for those economic activities that we consider should be taken into account when being able to circulate in the low emission zone.” We know, therefore, that an automatic number plate reader, similar to the one that is already used in Madrid and in other cities to control access to its centre with restrictions, will be the device that would normally regulate the entry of vehicles, and to register those cars that do not have access and for which a fine will be issued. We also know that in Madrid the City Council is currently using the current system of photo-red cameras to control access to its new Low Emission Zones which, in addition to penalising drivers who jumped a red traffic light up to now, have also begun to read license plates to monitor access to these areas with restrictions on movement. We do know that these Low Emission Zones are already a reality in some places, and will become a feature in many more towns and cities very soon, and so we must be observant of the warning signs if we want to avoid a fine. We also already know that as time goes on, these areas will become even more restrictive, banning more cars as they get older and more polluting. Obtaining the eco-sticker is a simple and inexpensive process. The easiest way is to visit a main post office, Correos, with your vehicle logbook and ID, and they can issue one on the spot for just a few euro. You can also order an eco sticker online through the correos.es website, uploading a picture of your logbook and ID, and they will send it to you through the post, although a small additional postage fee does apply. The post How will Low Emission Zones be managed in Spain? first appeared on N332.es - Driving In Spain.