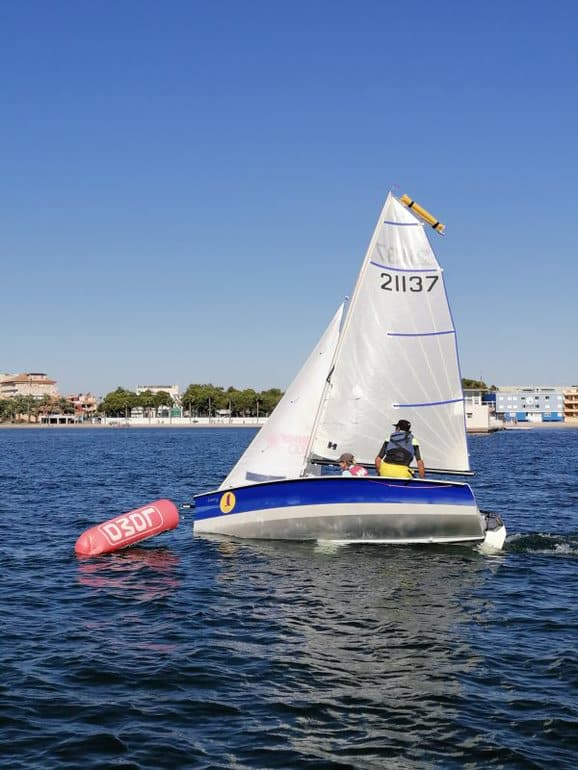 Another morning of sunshine but light wind greeted the SAMM sailors as they arrived at CTD on the Mar Menor for the 7th and 8th race of the autumn season, so the race officer choose to set a square but short lap course.

Race 1. A great start with all boats close to line and over soon after the signal to go. In the steady westerly breeze of 4-5 knots all boats sailed the course well until the first incident when Sirocco fouled the very long mooring line of a ferry boat. They couldn’t get free so the SAMM support boat had to go to their aid, which forced retirement under the rules. The race officer did time them out of interest but they would have finished last.

Then the second incident when a calculation error resulted in the wrong boat being declared winner but this was subsequently corrected.

Race 2. Again a great start with all boats close to the line at the signal. The wind had veered to the south and increased to 6.5 knots enabling faster lap times of around 7 minutes. An individual battle developed between the Laser Standard of John Down and the Omega crewed by Steve Hall and Fiona McMahon and, by the 4th lap, the Omega was closing in. Then disaster hit, the third incident, as Omega’s forestay snapped and down came the mast. Steve managed to stay dry but Fiona took a dip. A second job for the support boat towing them back to shore. Nothing injured but pride. A great finish in a very tight race with only 13 seconds separating average lap times of the winner and last placed boat as follows.

A fantastic achievement by all the competitors.

To learn more about the sailing opotunities within SAMM go to www.sailingmarmenor.com 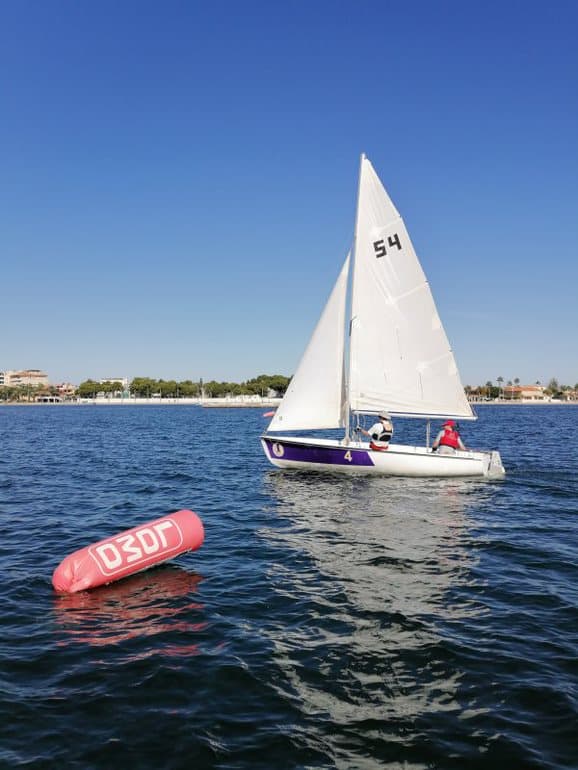 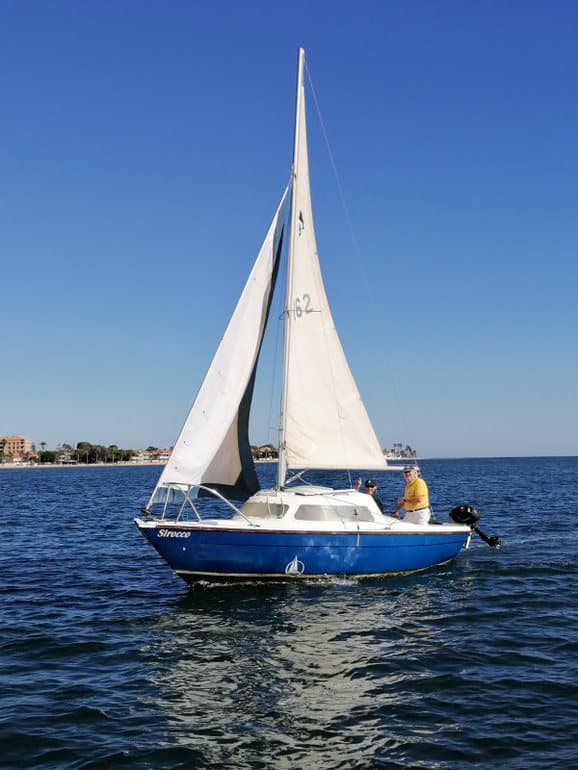 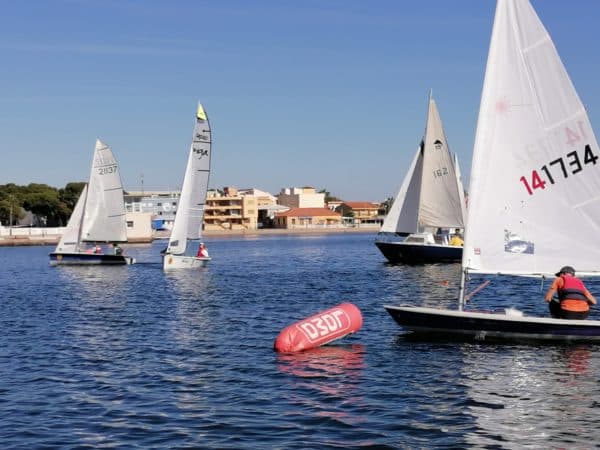