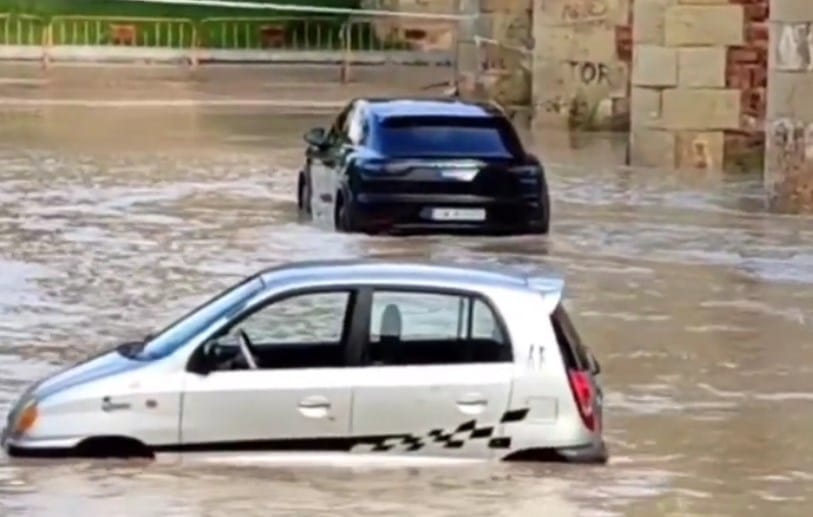 Despite the earlier rescue of a woman trapped in her car by heavy rainwater at the mouth of the Rio Nacimiento, in the Glea de Campoamor, one foolish driver decided that a 2km diversion via the N332 was too much trouble as he ploughed through the water in an effort to reach Cabo Roig.

Despite taking a run up in his vehicle, he too was unable able to drive across, as his car came to a standstill just metres from the end, with his actions then heavily criticised by a number of bystanders who had decided to opt for the safe route.

One man shouted out, “What are you doing, you idiot,” in response to the drivers reckless action. Speaking into a mobile phone that he was using to record the incident, which he has since passed to the Policia Local, he said, “This sums up exactly what should not be done during heavy rainfall, particularly if you are behind the wheel of a vehicle,” he said, adding that he hoped the driver had learned his lesson.

The incident took place on Friday morning at the mouth of the River Nacimiento in the Glea de Campoamor, located in Orihuela Costa: despite one car stranded in the middle of the river formed by the heavy rain, from which a woman had previously been rescued, the driver of another The vehicle decided to cross the same passage that the flood had formed.

MeteOrihuela has shared the video through its social networks: “Initially he thinks about it, he seemed to have decided not to cross, but then he changes his mind, he takes a risk. His car engine decides it has had enough as it comes to a halt just prior to the end of the crossing.”

Meanwhile, the Local Police have issued the same message that is repeated every time that heavy rains arrive: if it is necessary to go out in you car the car, “stop and turn around if you find a valley or a large amount of water that you can’t see the bottom of. You really don’t know what the rains are hiding beneath.” 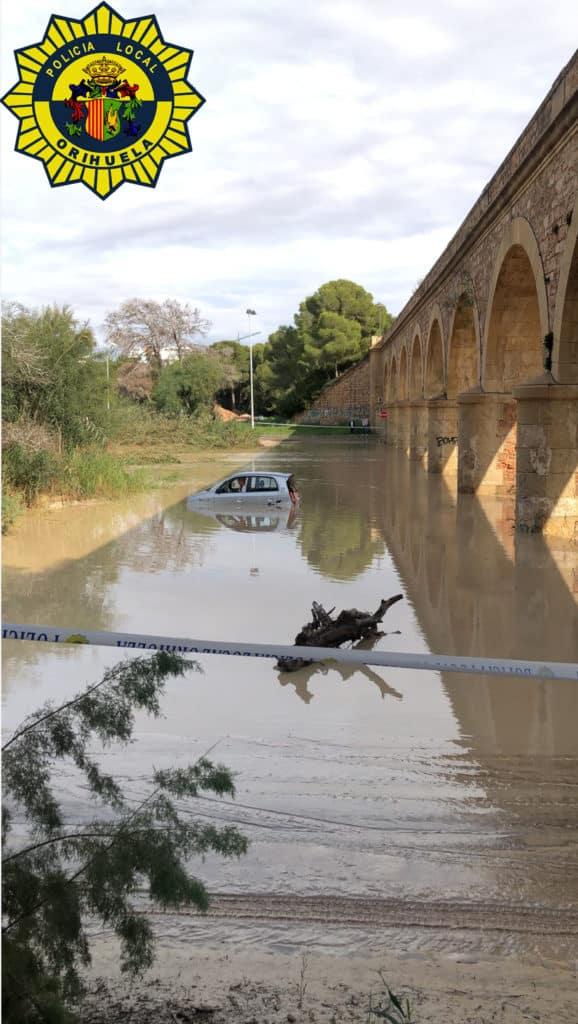 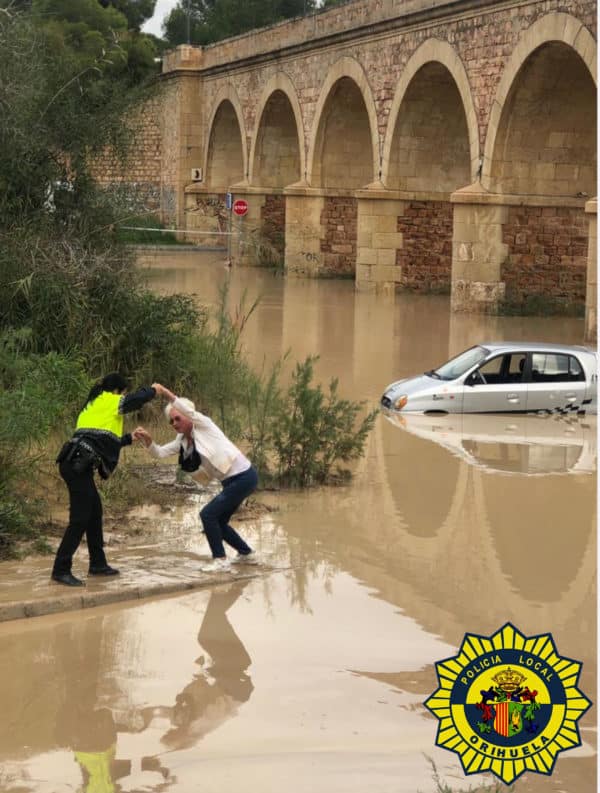 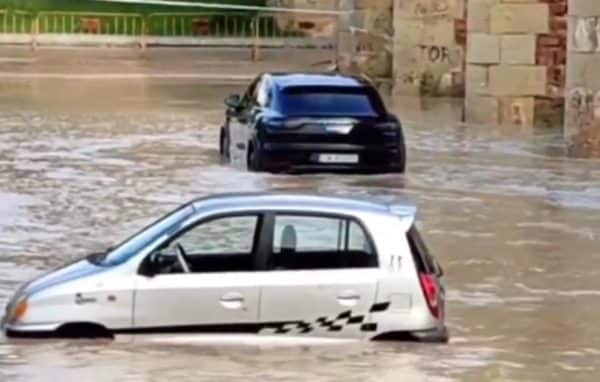 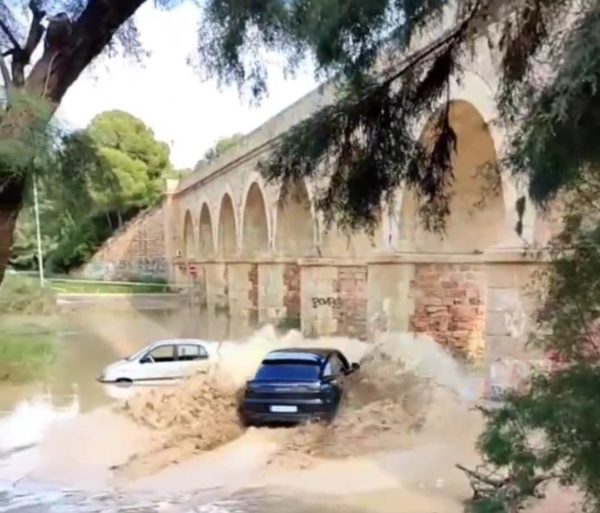