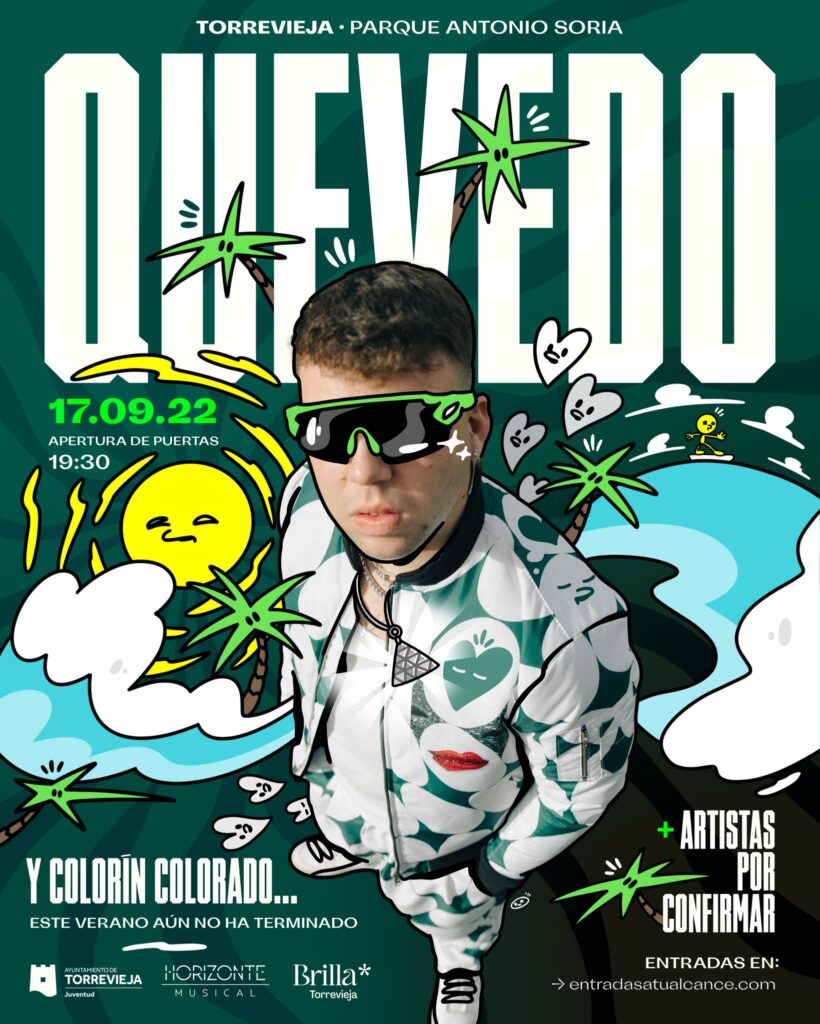 Once again, during the summer, Torrevieja town hall attempted to pass the town off as a concert venue, with a number of events taking place in the parque de Antonio Soria, taking over much of the car park normally used for the weekly Friday market.

During the height of the summer period, when the population of Torrevieja and the surrounding area normally swells, the concerts attracted around 7,000 to 8,000 participants, which was seen as a “success”, as those participants brought revenue to the town, spending in local businesses, according to the government team.

It should also be noted that Torrevieja has far fewer hotel rooms, 13 hotels offering 1,700 places in 800 rooms, than other locations where established music events are a success. It is however believed that there are some 22,000 unregulated beds in private rental properties, which, it is believed, do not contribute to taxation or revenue due to their illegal status.

Torrevieja town hall decided to end the summer with a final concert by the famous rapper Quevedo, who was number one on Spotify, and which would, they say, bring even more revenue into the town.

The Los Verdes green party questioned the arrangement, because Torrevieja town hall decided to pay the promoter 197,000 euro for the concert, however, according to the Partido Popular (PP) governing board, they would take a commission from ticket sales and subsequently get a favourable return on that investment of public money.

However, the townhall were not set to get a return on all ticket sales, as the promoter would get the full revenue from the first 7,500 ticket sales, then 50% thereafter. The town hall had bet on the concert being at capacity of 20,000 people, but bearing in mind the numbers attending the summer concerts, the town hall didn’t seem to think that a concert held in September, once the season had closed, might not actually be as busy as they might hope.

As a result of the deal, the promoting company, which took over the contract directly as it had the exclusivity of the artist, invoiced the town hall 197,000 euro for the organisation and logistics, plus another 155,000 euro for ticket sales.

The PP councillor for Youth, Domingo Paredes responded to the Los Verdes representative, Israel Muñoz, acknowledging that 8,016 tickets were sold at 20 euro each. Paredes pointed out that the liquidation of the file was not finished when he was asked for information on the total income and its breakdown. But according to the ticket sales figures that the municipal accounts did offer, the town hall is set to recover just over five thousand euro, from which IVA and fees from the General Society of Authors would have to be deducted.

In his plenary response, Paredes highlighted the impact of the concert on Torrevieja, pointing out that it has been the most popular concert in the history of the town.

To close his speech, Paredes couldn’t help but make a political statement, contrasting “the success” of the municipal initiative with the summer festivals with the management of the areas of Culture, Youth and Parties, compared to the previous left-wing government team, although he failed to acknowledge how the 192,000 euro loss could have better been spent on municipal services that benefit all of the 80,000 resident tax payers throughout the year, rather than just 8,000 “visitors” for one night.