The LeaderPutting YOU at the Heart of the Community
Sign in / Join
Subscribe
Home Local Politics Orihuela PSOE Mayor to Stand Again in Elections but Torrevieja Opposition Not... 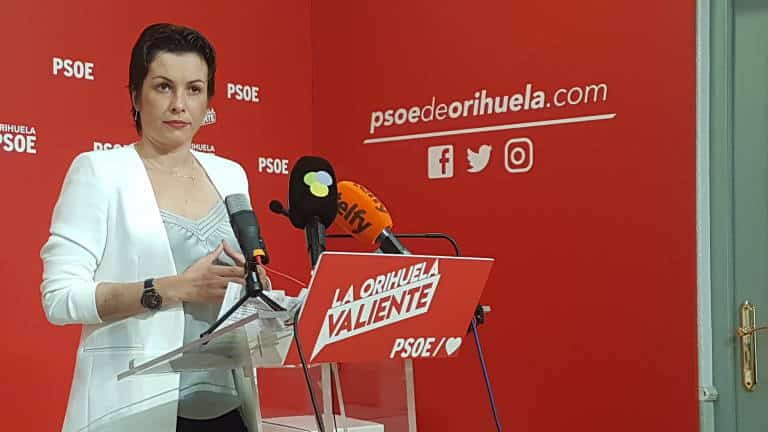 Despite the opposition Partido Popular (PP) calling for her resignation again this week, the Local Executive Commission of the PSOE of Orihuela has unanimously ratified Carolina Gracia, the current Mayor of the Orihuela municipality, after ousting the PP mid-term, as their candidate for the municipal elections of next May 2023.

There was some internal opposition to the posting, as Antonio Zapata, another prominent figure in socialist politics in the town, had put himself forward for the role, but he issued a statement on Thursday that the team he leads to set up a candidacy for mayor by the PSOE has given up that objective.

The organisation secretary of the Orihuela socialists, Antonio López, has affirmed that “the executive’s unanimity confirmed it” after the members of the commission considered that “Carolina Gracia’s candidacy for mayor is the most solid proposal we have”, since it is “the main referent of oriolano socialism”.

López has added that “in the four months that she has been serving as the first mayor of Orihuela, she is demonstrating her management capacity with the dynamism that she is imparting to the local Administration and to the priority projects for the municipality and for the citizens.”

Meanwhile, in neighbouring Torrevieja, things don’t seem to be going quite so well for the PSOE, currently in opposition, as the decision to appoint the PSOE candidate in Torrevieja will have to wait as the socialist group of this municipality will not participate in the first process to elect its headliner in the 2023 elections. In this case, the decision is postponed to the second calendar provided by the PSOE Federal Committee. Therefore, the presentation of candidacies is postponed until November 21, probably.

Torrevieja is the only town with more than 20,000 inhabitants in the province that is affected by this decision, which, according to the regional group, is whilst they “look for the best candidate”, despite the fact that the leader of the PSOE in Torrevieja, Andrés Navarro, has already announced his intention to lead the electoral list.