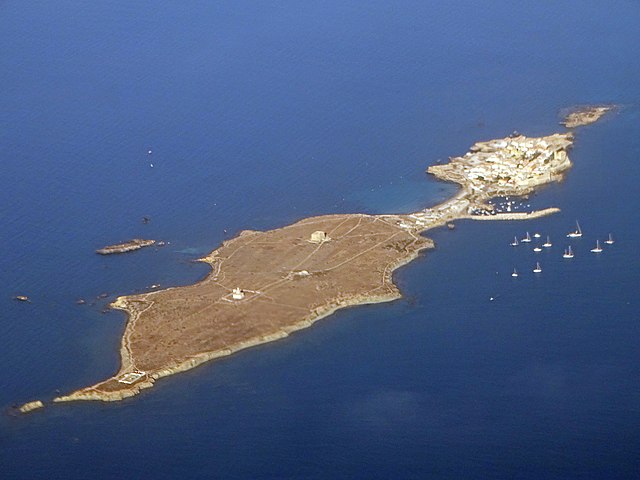 Despite the regional government recently ruling out cuts to the supply of water as a result of the drought being suffered throughout Spain, the first water stoppages have been announced this week and will affect the Island of Tabarca.

The water supply will be cut off from 02:00 until 06:00, as announced by the mayor of Alicante, Luis Barcala, who has insisted that the Alicante City Council will adopt it only as a preventive measure against the flood of tourists.

The hotels and restaurants on the island are at 100% occupancy this summer, especially from Thursday to Sunday, when tourists, especially foreigners, are taking the opportunity to make trips to Tabarca.

In this regard, Barcala has pointed out that “all expectations of tourist influx to the island have been far exceeded”, after breaking “all the records of tourists and overnight stays”. The measure has also been taken in anticipation of the long weekend break, given that Monday, the 15th, is a holiday: “We are approaching a bridge that is going to be very important”, the measure is “absolutely temporary and conjunctural so that there is no need to make any type of restriction that affects neighbours and hoteliers”, indicated the mayor.

The mayor has guaranteed the supply of drinking water “uninterruptedly for domestic and hotel use” and added that the measure is “to address this peak, a matter of a few days.” The mayor has insisted that they want to avoid “that the tourist influx can lead to shortages outside restricted hours” and that the local government does not want there to be “any cut during daytime hours.”

The drinking water system on the island is not unlimited. Barcala also added that “we must take into account the heat waves we are experiencing and the water restrictions, although obviously we are not the only ones, but in a specific enclave like Tabarca it is necessary to take these measures.”