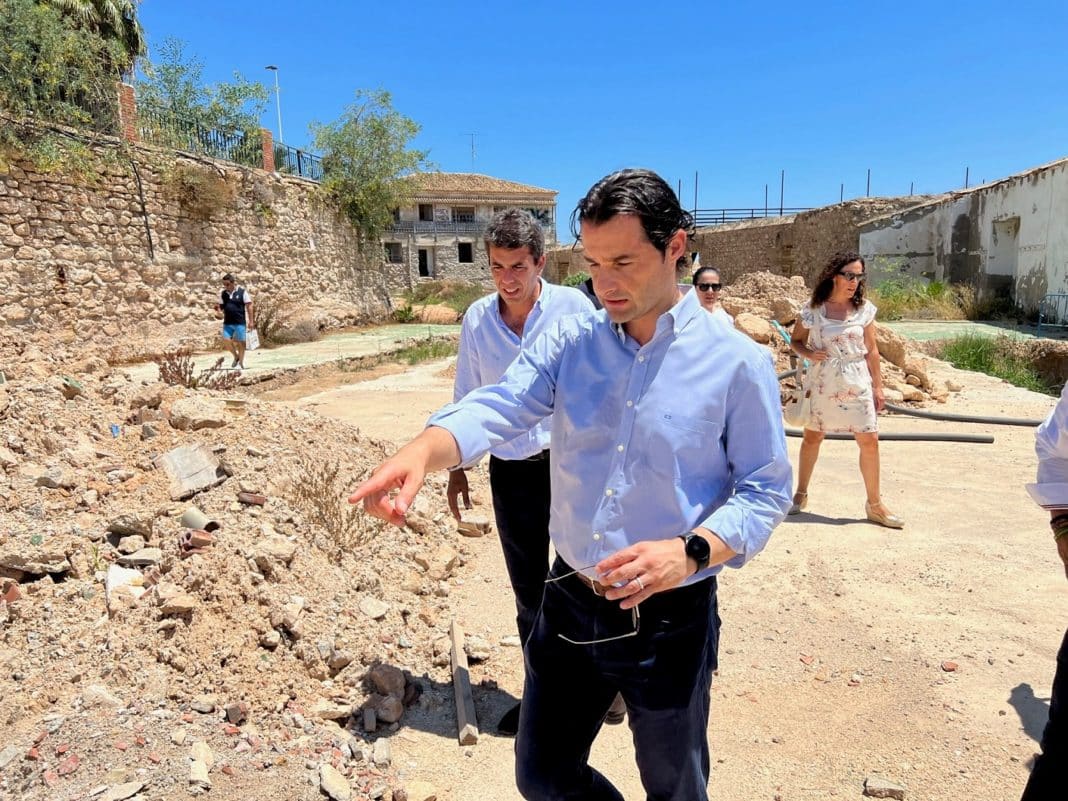 The Diputación de Alicante will invest more than one million euro in the rehabilitation project of the historical complex of the Eras de la Sal de Torrevieja, as announced by the president of the provincial institution, Carlos Mazón, during his visit to the enclave to learn archaeological works that have been carried out in the area, together with the mayor of the town and deputy, Eduardo Dolón.

“All the symbolism of Torrevieja is found in this place: the sea, salt and fishing and, through this performance, it will become an overview of all the Eras de la Sal, a hallmark of this town and, therefore, of our province”, said the president, who has described this investment as “one of the most important that we are making”.

Likewise, the project contemplates the construction of a multipurpose venue in which the Diputación de Alicante will invest close to 1.1 million euro and which will be used to host the International Contest of Habaneras and Polyphony of Torrevieja, among other events.

In this sense, the president has indicated that the provincial institution “is also interested in collaborating with the future Museum of the Sea and Salt, through the Culture Area and the MARQ, as the first vice president advanced a few weeks ago, Julia Parra, during her visit to the city”.

Result of the excavations

The archaeological work that has been carried out in the Eras de la Sal has allowed the experts to get to know the monumental complex in depth and lay the foundations, together with the other studies undertaken, to define the interventions for the implementation of the project of the Sea and Salt Museum.

Thanks to these tasks, the original existing pavements in the area have also been discovered, made up of rock slabs of magnificent workmanship, as well as the historical construction procedures that were used to start up this enclave that has a special identity value for Torrevieja and a great patrimonial, historical and social relevance.

Once these works have been completed, the phase of the drafting project of the team of architects that won the public competition now begins and, in the coming weeks, the three proposals for action on the entire Eras de la Sal complex will be formulated.

“This is one of the most relevant and emblematic projects of those that are being undertaken in Torrevieja, an action that highlights our history and idiosyncrasy and that will allow us to recover a historic complex in a privileged place in the bay of the city”, Dolón stated.

The Eras de la Sal, the historic salt storage and loading facilities, was built in the last quarter of the 18th century. The complex is located in the urban centre of Torrevieja and forms a work of port engineering and unique architecture that was in operation until 1958.