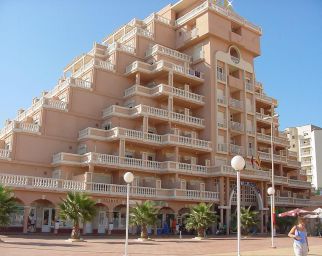 An 80-year-old woman has been knocked over by an electric scooter, according to the Murcia emergency coordination centre.

The incident occurred on Wednesday evening in front of the Los Delfines hotel in La Manga.

The 112 emergency centre received several calls at 8:44 p.m., reporting that the woman had been knocked down on the Gran Vía de la Manga del Mar Menor.

The Local Police and a Mobile Emergency Unit (UME) of the Management of Emergencies and Health Emergencies 061 immediately attended the scene, where medics treated the woman, who was then transferred to the Santa Lucía hospital with several bruises.