1955 – Slim Whitman was at No.1 on the UK singles chart with ‘Rose Marie.’ The single stayed at the top of the charts for eleven consecutive weeks.

1966 – Georgie Fame was at No.1 on the UK singles chart with ‘Get Away’. The song started life as a TV jingle for a petrol advert.

1972 – Rolling Stone’s Mick Jagger and Keith Richards were arrested in Warwick, Rhode Island on charges of assault after a fight broke out with a newspaper photographer.

1973 – TV talent show Opportunity Knocks winners Peters And Lee were at No.1 on the UK singles chart with their first single and only chart topper ‘Welcome Home.’

1976 –Elton John scored his first UK number 1 single with ‘Don’t Go Breaking My Heart’ a duet with Kiki Dee. It was written by Elton John and Bernie Taupin under the pseudonym “Ann Orson” and “Carte Blanche” and was Elton’s first UK No.1 after 16 Top 40 hits.

1978 – Def Leppard made their live debut at Westfield School, Sheffield in front of 150 students.

1983 – Paul Young had his first UK No.1 single with his version of the Marvin Gaye song ‘Wherever I Lay My Hat, (That’s My Home.)’

1995 – Two R.E.M. fans died at Dublin’s Slane Castle gig, one drowned in the River Boyne and the other was allegedly pushed from a bridge.

1996 – The Spice Girls made their debut on Top Of The Pops performing their debut single ‘ Wannabe’ which gave them their first of nine UK chart toppers.

2001 – 59 year old Paul McCartney became engaged to 33 year old Heather Mills, an activist for the disabled and a former swimwear model whose left leg was amputated below the knee after she was run down by a police motorcyclist in 1993. The pair would split in 2006 and divorce in 2008 with a settlement that cost Macca millions. 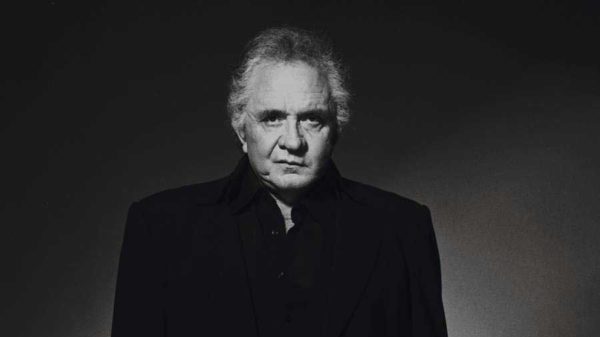 2003 –Johnny Cash picked up six nominations in the MTV Video Music Awards for his remake of Nine Inch Nails’ ‘Hurt’ from his album, American IV: The Man Comes Around. The video, featuring images from Cash’s life and directed by Mark Romanek, was also named the best video of the year by the Grammy Awards and CMA Awards, and the best video of all time by NME.

2011 – Amy Winehouse was found dead at her North London home, she was 27. A Metropolitan Police spokesman confirmed that a 27 year old woman had died in Camden and that the cause of death was as yet unexplained. London Ambulance Service said it had been called to the flat at 15.54pm and sent two vehicles but the woman died.

2019 – Crowds dancing at a festival triggered minor earthquakes. The biggest tremors were recorded during a headline set by indie band Two Door Cinema Club at Tramlines Festival in Sheffield. Manic Street Preachers, Lewis Capaldi and Nile Rogers and Chic were also on the bill.