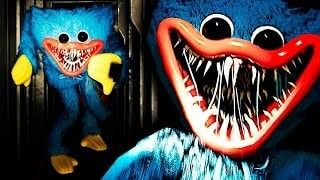 The Local Police in Santa Pola posted a warning on their social media feeds, that could be useful for anybody with small children, about the dangers of a cuddly toy has become fashionable among the little ones, ‘Huggy Wuggy’, particularly popular with those children between the ages of 5 and 15.

According to the police, the less than innocent looking character is hiding a more sinister side, as the popular doll can induce certain dangerous behaviours, they say. More than the stuffed animal itself, the story behind it, since it is a character from an adult video game called ‘ Poppy Playtime ‘.

It is a horror game, but it has become a trend in many teenagers and the doll has made a name for itself among children.

In the game this doll is dedicated to hugging victims until suffocating and killing whoever sees him. A behaviour that has gone viral on social networks and the police have warned parents, because neither the game nor the videos that circulate on the Internet are suitable content for the little ones.

The authorities of Santa Pola, among others, have urged parents to know the story behind this popular toy and advise that young children not view the contents where it appears, as they are not suitable for their age due to violence.

In addition to the video game, there are numerous scenes on social networks where “Huggy Wuggy” appears suffocating other children’s characters.

In some countries, they have even warned of viral challenges on platforms such as Tik-Tok, very popular among children and adolescents, which encourage violent actions such as hugging peers until they pass out, pretending to be ‘Huggy Wuggy’ “hugging”.