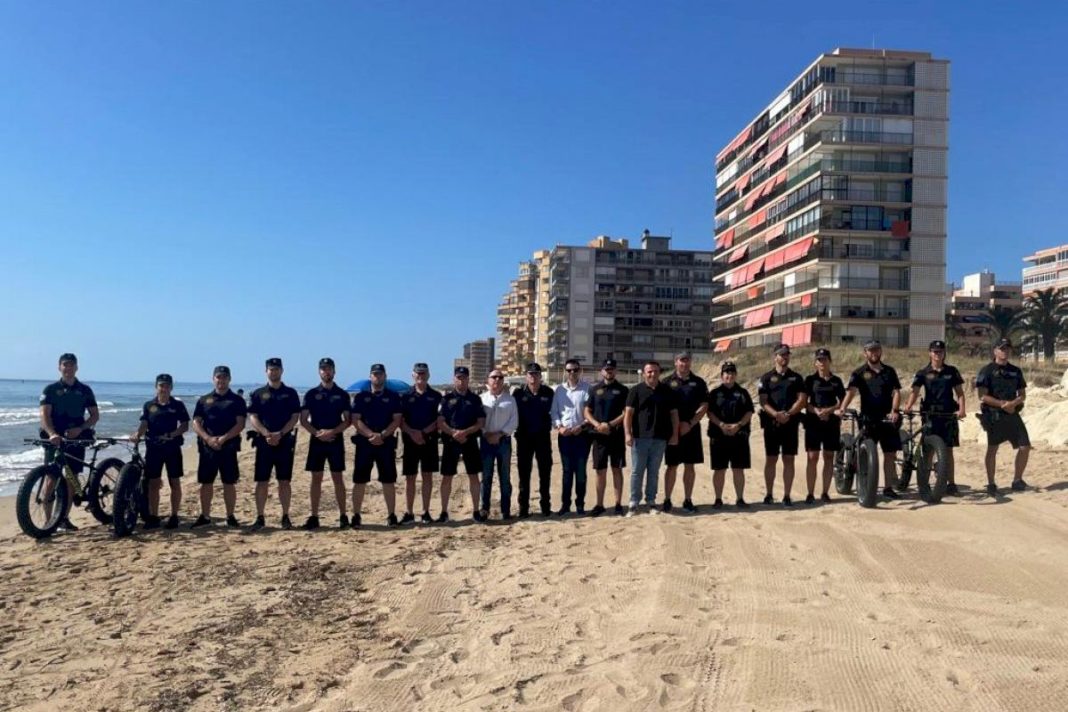 Elche has officially kicked off the summer season with the start-up of the Tourist Unit of the Local Police, which this year has 40 agents who will watch from Monday to Sunday from 10:00 a.m. to 7:00 p.m. the safety of bathers on the beaches of the coast of Elche.

Of the team of 40 officers, 16 of them belonging to the Group of Maritime Unit and Tourist Attention (GRUMAT), 22 to the Territorial Unit of the Community Police, and two canine handlers, with their dogs of course.

The Councillor for Citizen Security, Ramón Abad, and for Tourism, Carles Molina, visited Arenales del Sol beach where they presented the device that has already started on all the beaches and will continue until September 15.

“A fundamental service of the City Council, which is already being consolidated in our municipality, and which is reaping its fruits because since it was implemented, there has been a decrease in incidents and criminal acts on the beaches”, said Abad, who pointed out that despite the fact that this year information services on COVID-19 measures on the beaches will not be necessary, this device incorporates rescue and first aid, as well as cleaning and hygiene, in addition to the Aerial Media Unit with drones to carry out surveillance work of the coasts and control the capacity in order to avoid crowds.

Likewise, Abad explained that the surveillance will be carried out as in previous years on foot and by bicycle along the sand of the Elche beaches as well as on the Arenales del Sol promenade to avoid the agglomeration of skaters and cyclists that can compromise security of pedestrians, and it is going to influence the eradication of unauthorised street vending, as well as vigilance to avoid robberies and careless theft, the presence of masseuses and other similar activities.