Striker Wyke, 29, suffered a cardiac arrest during training in the build-up to Wigan’s League One fixture against Cambridge United in November.

Wyke, who joined Wigan in July 2021 from Sunderland, said: “I’ve felt really good and have rebuilt a lot of my physical strength, which has been reassuring.

“I have undergone a planned medical procedure which requires a period of rest before I can restart training towards full fitness again.”

Wyke has been monitored by club medics and independent cardiologist Dr Rob Cooper: “I was delighted and inspired to see Christian Eriksen return for Brentford, eight months after his collapse in the Euros,” Wyke told the club website. 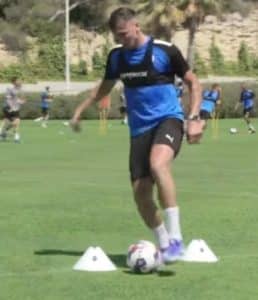 Denmark International Eriksen was sidelined after suffering a cardiac arrest at Euro 2020.

On Wyke, Latics coach Liam Richardson said: “It’s still very much ‘watch this space’, guided by the medical staff and the cardiologists.

“He’s hit a lot of the milestones he’s needed to hit, he’s been training tirelessly hard over the summer, and he is an excellent professional.

“It certainly won’t be for the lack of trying, wanting or willing, and he’s someone who’ll always be in our thoughts both professionally and personally.

“He’ll want to pull on that Wigan shirt again but, with all due respect, there won’t be any pressure on my part.”