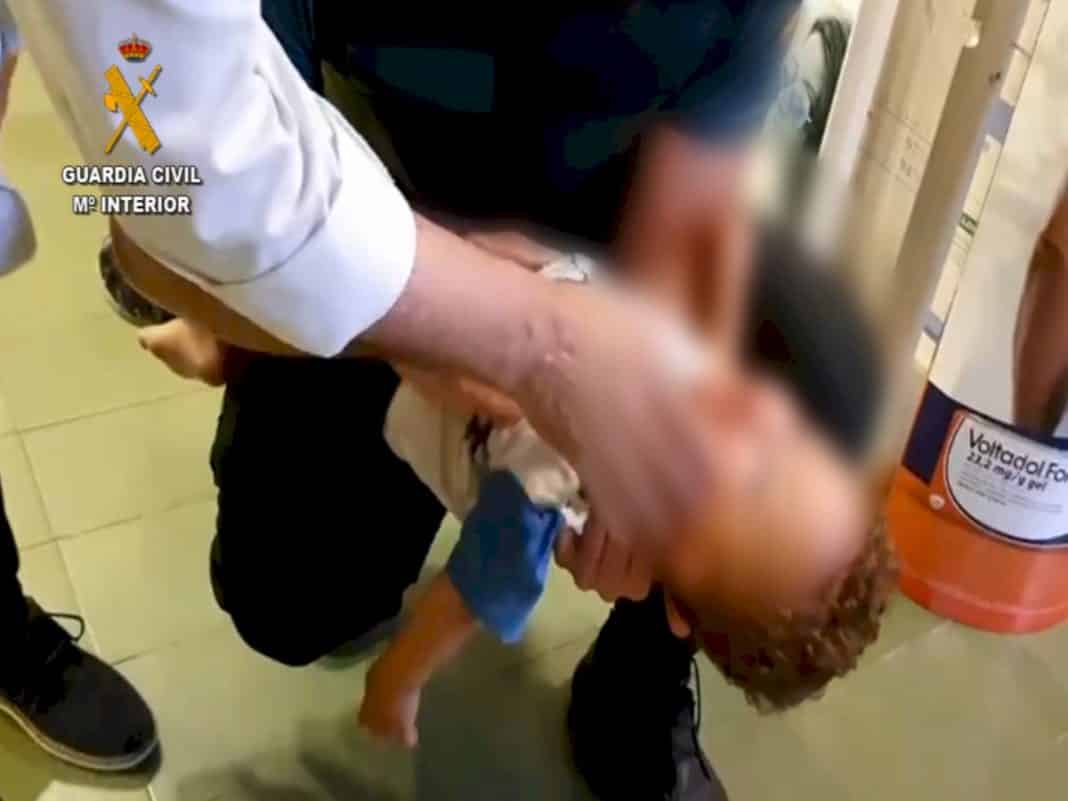 Two officers from the Guardia Civil have been commended for saving the life of a 3-year-old boy who was inside a pharmacy in the town of Almoradí.

Specifically, at 9:10 p.m. this Thursday, a Guardia Civil patrol, which was serving in the town, received information that a 3-year-old boy had apparently choked and was suffocating in a town square.

The officers were close to the location so arrived quickly. Once in the square, passers-by told the agents that the child was in a nearby pharmacy, so they went inside. Once in the establishment, they found the pharmacist who, for the previous four minutes, had been performing the Heimlich manoeuvre on the child. One of the officers then took over, as the pharmacist had been trying for several minutes.

After several more minutes, the child seemed to recover but, after a few moments, he showed symptoms of fainting again, so the officers and the pharmacist, who were key to keeping him stable, continued until the medical services came to the scene.

The child was transferred by ambulance to the Vega Baja Hospital in Orihuela.

On Friday, and in person, the parents together with the now recovered child, have thanked the agents for their actions.