One by one, in front of Brigadier Francisco García-Almenta Alonso, Chief of the MOE and Military Commander of Alicante, over 400 civilians joined the assembled military, as they kissed the flag of Spain on Saturday, promising to “defend the collective interests in order to contribute to the common good”.

Known as the Civil Flag Oath Jura, the ceremony is one of the most solemn acts which exists in Spain and in which any Spanish civilian can participate. Dating back to Ancient Rome and continued in Spain during the Middle Ages Reconquista, townsfolk took the sacrament (sacramento), in order to help the king during times of invasions by becoming a citizen of legionary.

Hundreds of years later, on Saturday morning on the Vista Alegre promenade in Torrevieja, the tradition continued, where those swearing allegiance were asked to confirm their commitment to the kingdom by taking an oath, reaffirming their commitment to almost 50 years of democracy in Spain.

In bright sunshine, as the walkway was lapped by the Levante breeze, the first post-Covid civil flag swearing in by the Army Special Operations Command (MOE), was accompanied by military pomp and music.

The act began at 12:00 noon with the National Anthem and a short prayer. This was followed by over 400 civilians taking their oath to the flag. Once the oath was over, there was a speech by Brigadier Alonso, who presided over the ceremony, together with the sub-delegate of the Government in Alicante, María Araceli Poblador, and the mayor of Torrevieja, Eduardo Dolón. 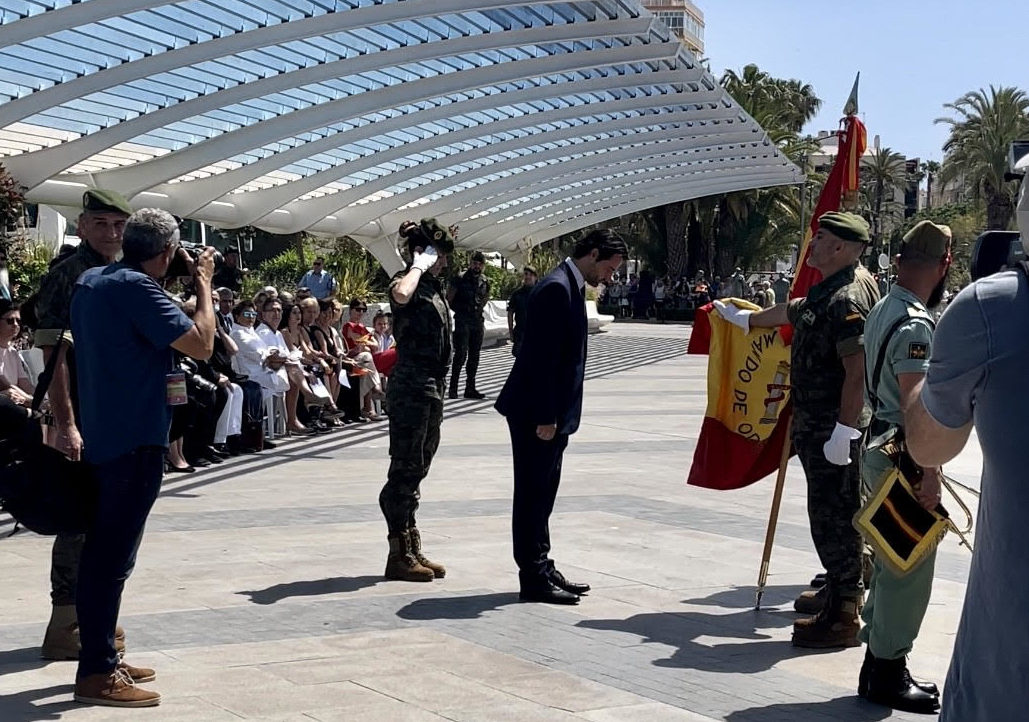 Also in attendance were a large number of Torrevieja councillors.

Following a subsequent prayer to the fallen the service was brought to an end with the regimental march of the MOE and the “Guerrilla Song”, anthem of the Spanish Legion.

Once the act of swearing to the Flag was over, troops marched off whilst the Legion Band remained for several minutes, entertaining many of those who continued to mingle.

Among the largest groups to take the oath were the volunteer members of the city’s Civil Protection, as well as others linked to the security forces. They were joined by many dozens of people who individually, and in some cases accompanied by their families, also wanted to participate in this act, to offer public testimony of their fidelity and respect to the national ensign. 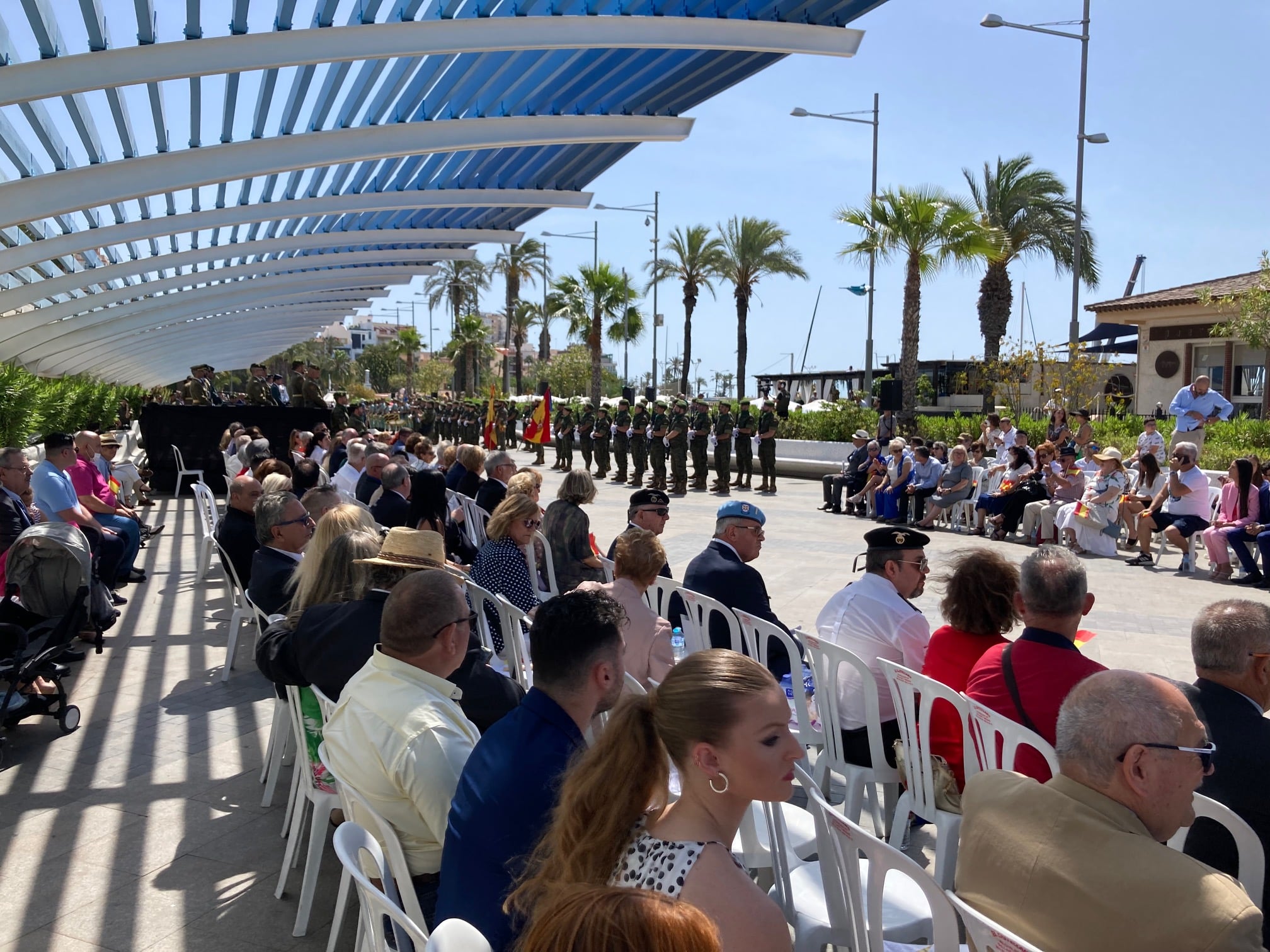 The oath, or promise before the national flag, is legally established in the Military Code as a prerequisite to acquiring professional military status. However, to allow Spaniards who, without wishing to join the Armed Forces in a professional capacity, to express their commitment to the defense of Spain by taking an oath or promise before the Spanish flag, this procedure was established to carry out said service.

The right is included in the Spanish Constitution (1978) in Title I of the fundamental rights and duties, second chapter Rights and Freedoms, section 2 of the rights and duties of citizens, article 30 Despite the oppressive heat the event was held with military precision, lasting for just over an hour.

It was an extraordinary, emotional moment for many of those who attended reminding us that we should all be thankful of our rights and our freedoms.