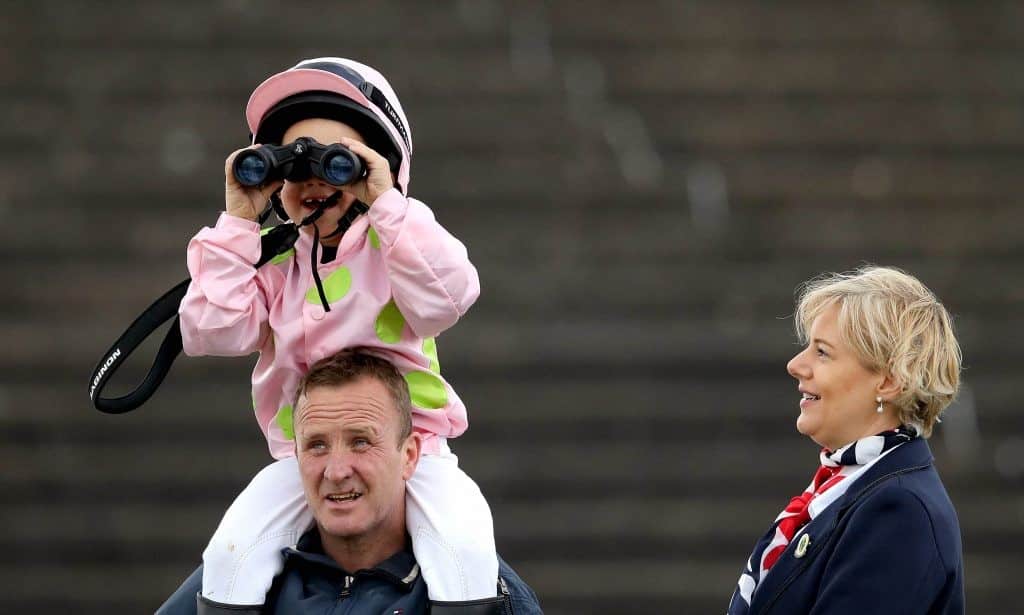 Five-year-old Cnoc Na Si returns after finishing second on debut run over 2 miles at Limerick in December on heavy ground, when 8-11 odds-on favourite, and is out to make amends in the 16 runners field, with the going Yielding, good to yielding in places.

10-year-old Echoes Of Family finished second of 16 at Leopardstown in March, over the same distance, when badly hampered at the tenth, headed inside the final furlong by Super Citizen.

Eskylane (4.50) trained by Gordon Elliott and ridden by Davy Russell is tipped each-way in the Grade A RYBO Handicap hurdle over 2m.

Andrew Balding trained Dance At Night (7.30) ridden by William Carver is tipped to land the At The Races Twitter Handicap over 1 mile 2 furlongs at Lingfield Park on Saturday night.

Dance At Night finished third at Newcastle last month over a mile, beaten half a length and a head, when racing wide, to lead before headed in the final furlong.

Charlie Hills trained Touchwood (6.30) with Marco Ghiani up, is tipped to win the At The Races C4 Handicap over 7 furlongs.

Touchwood showed improvement when winning at Kempton Park in October, with a win at Nottingham in July stamped on his CV, both over 6 furlongs.

Cappanaty Con (6.00) trained by Michael Attwater and ridden by William Carson is tipped to land the At The Races Handicap over 7f, knocking on the door after finishing second twice at the track in March.

Six-year-old Knappers Hill under 11st 12lbs drops to a Class 4 after running in a Grade 3 Class 1 at Sandown Park last month, when unplaced 9-2 favourite.

Tom George saddles Rock On Rocco (1.00) with Tom Scudamore up, tipped to win the C3 Handicap Chase over 2m 4f to follow up winning at Uttoxeter last season, with noted wins at Worcester and Ludlow in 2021.

Aiden O’Brien trained Fleet Commander (4.00) three-year-old Colt out of Galileo is tipped to win on debt run at Cork on Saturday in the Follow Us On Social Media Maiden over 1m 2f.