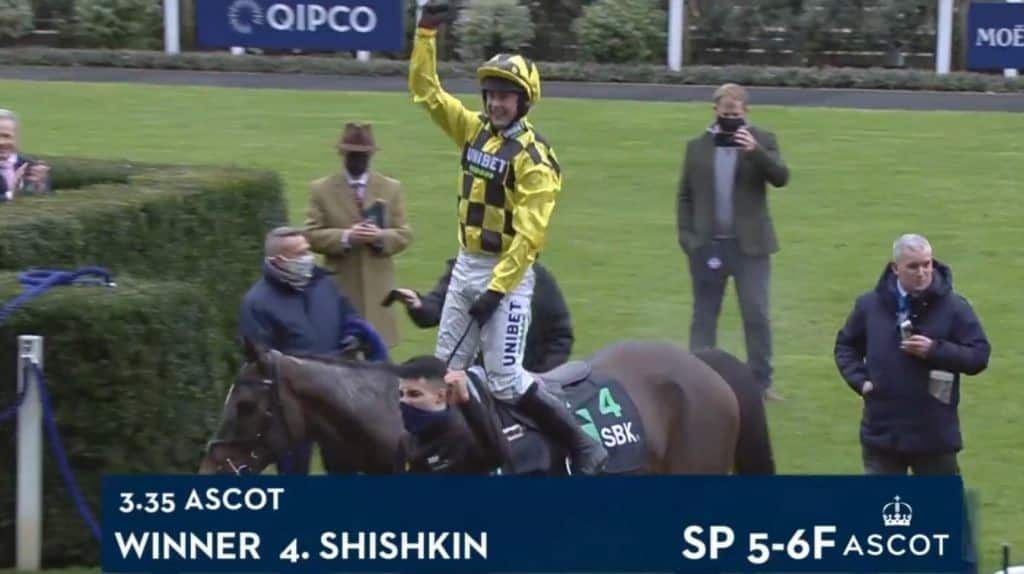 Shishkin’s head-to-head with Energumene in the Grade 1 Clarence House Chase at Ascot proved fruitful for Nico de Boinville on Shishkin.

“That’s the best reception I have had in my life,” said de Boinville, after gaining a 1 length win.

Shishkin (5-6) tipped by fromthehorsesmouth.info made an error, when pitching on his nose, seven fences from home and hit a flat spot, when off the bridle.

“He had one horrible peck. We were going so fast – but champions always find a way to win,” said de Boinville.

Shishkin has been clipped into 1-2 from 11-10 for the Queen Mother Champion Chase.

“He jumps brilliantly. I probably came too soon, but he’s a game, gutsy horse,” said Maxwell.

“I was glad he got the verdict. It’s magnificent,” added Maxwell.