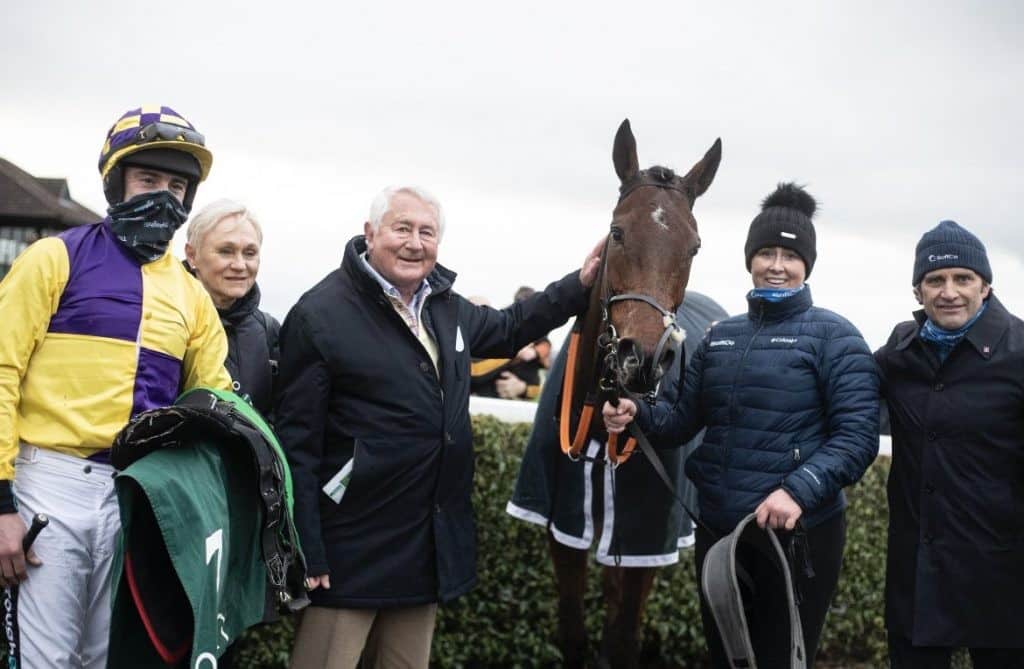 “I’m delighted, that will really help get him fit. I liked what I saw from him leaving the back straight,” said Elliott. “Cheltenham is and has always been the plan. The Boyne Hurdle is a week closer to Cheltenham than usual, so it’s not ideal.

“I’m not sure whether we will go there, or not. We’ll see how he comes out of this and make a plan closer to the time,” said Elliott.

“I knew he would get tired and, to be perfectly honest, I didn’t think the ground was going to be as bad as it was.

“It was quite tacky. Overall I was delighted with him and that is another step on the road back to Cheltenham.”

Jockey Rob James, claiming 7lb, said: “He felt great. He made a nice bit of ground after leaving the back straight.

“He just hated the ground the whole way around. He enjoyed it more, when I pulled him wide. “The ability is still there, there is definitely something there.”