The Minister of Health, Ana Barceló, apologised this Tuesday for the saturation currently being experienced by health centers across the community, totally overwhelmed by the coronavirus pandemic and the explosion of infections caused by the omicron variant.

Barceló made her statement during an appearance in Parliament to report on the evolution of the pandemic.

This new variant, according to the minister, “has made it difficult for people to go to their health centres, with the ease that they could previously expect. I know of the long queues that they have to suffer and I am aware of the inconvenience that the public are undergoing, for which I apologise, “said Ana Barceló during her appearance.

To try to solve this logjam suffered by Primary Care, Barceló maintains that in recent days a series of measures have been launched to relieve doctors and nurses who have been completely run off their feet. Among them, the automatic extension of chronic treatments, so it is not necessary for such patients to go to the health centres for renewal of their prescriptions. 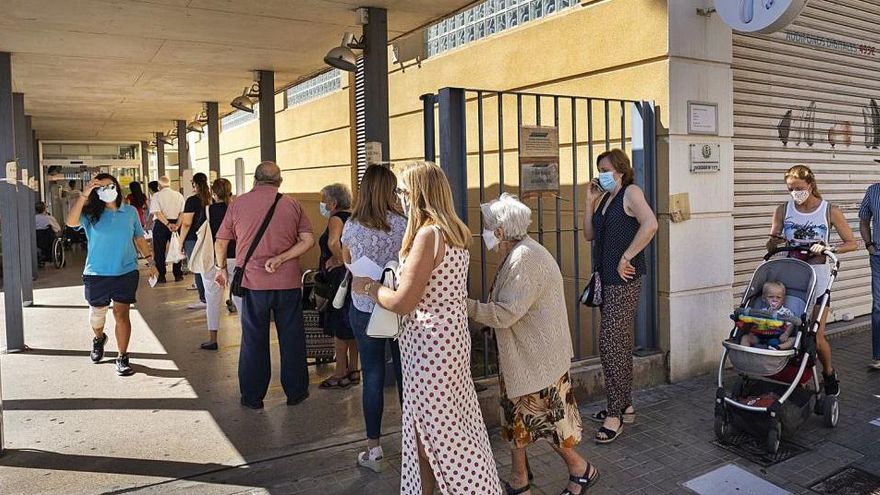 During her appearance, Barceló also announced that next year 1,500 additional staff will be hired for Primary Care and 91 million euros will be invested to adapt health centers.

At the same time, an increase in hospitalisation rates can be seen in the unvaccinated who are over 30 years of age, and a pronounced increase in the ICU admission rates of those who are unvaccinated 60 to 79 year olds, while the vaccinated rates remain stable in very low levels.