A military court of enquiry has found evidence that the Spanish Air Force could have been responsible for the death of one of it’s own, Commander Francisco Marín Núñez of the Eagle Patrol, who died in August 2019 when he crashed his C101 aircraft into the sea close to La Manga.

Although the detailed report has not been released to the public it seems to support the clims of the pilot’s mother, retired university lecturer in physics, María José Núñez, who has viewed the calculations of the Commission for the Technical Investigation of Military Aircraft Accidents (CITAAM) in which she claims to have found so many errors, that she says she would have suspended the authors of the report, had they been her students at the University of Murcia, where she taught.

She blames a faulty altimeter, concluding that her son lacked only 35 feet of extra altitude to save himself, a mistake that such an experience acrobatic pilot would never have made. 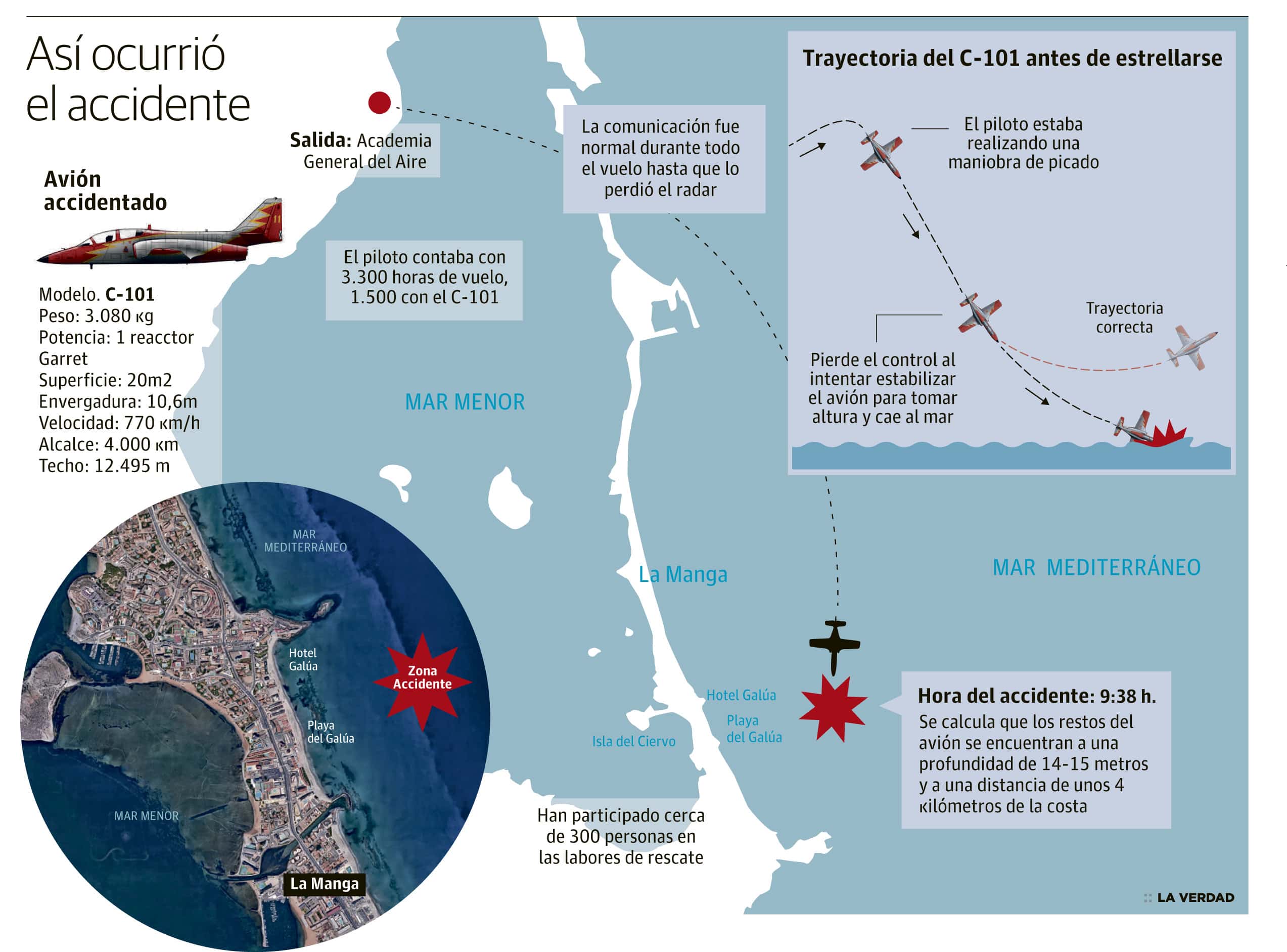 However, in a report that was made by investigators, several other factors were cited including a lack of safety checks on the 40 year old aircraft and outdated safety equipment. They also state that the aircraft wasn’t carrying a ‘black box’ flight recorder.

However the main reason they say was the dangerous weather conditions, unfavourable formations of clouds that could have easily disorientated the pilot.

The enquiry chairman is also saying that the meteorological conditions weren’t conducive to  acrobatic manoeuvres and is now attempting to find out if the control tower had warned Commander Marin of his fact.

Although the investigation still continues the early signs seem to be that the courts will eventually find that the Spanish Airforce was responsible for the pilot’s accidental death. 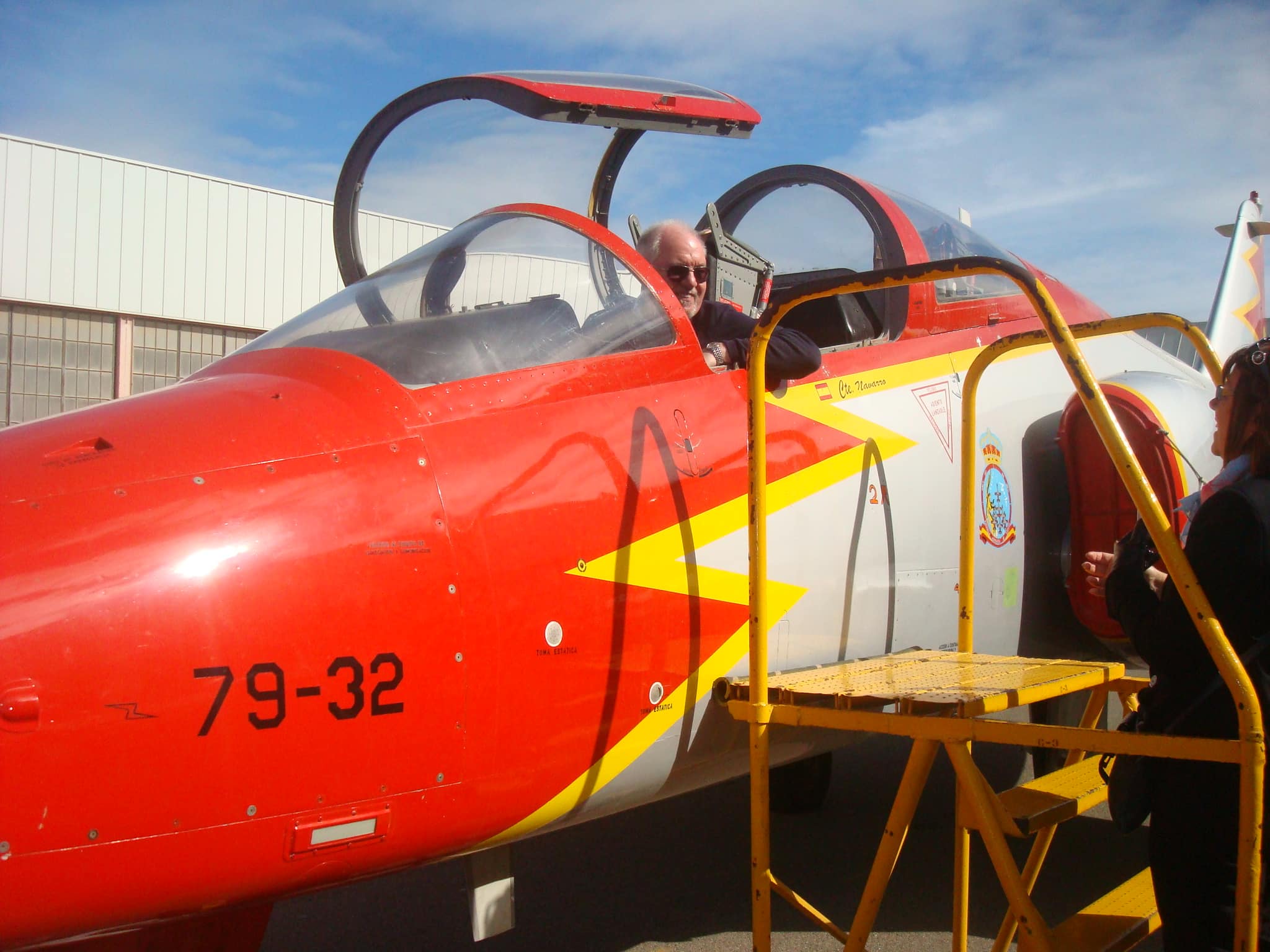