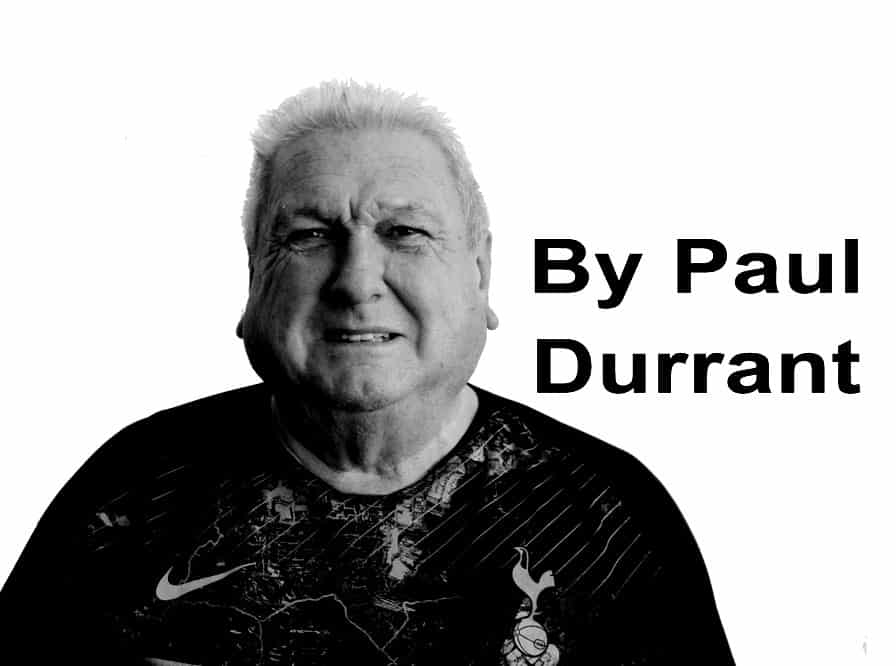 Another sound performance from league leaders Gap. All three triples were claimed by the hosts with little response from the visitors. James Brown figuring with 2 finishes, Gordon Cowans the 3rd. Bliss Wright top scoring in the opener with 133.

Walkers 3×100 not enough as Wright 100, D14 completed the 10th. Smith added a 2nd leg for the travellers, prior to Cowans rounding off the evening, meriting MOTM, as did Walker. 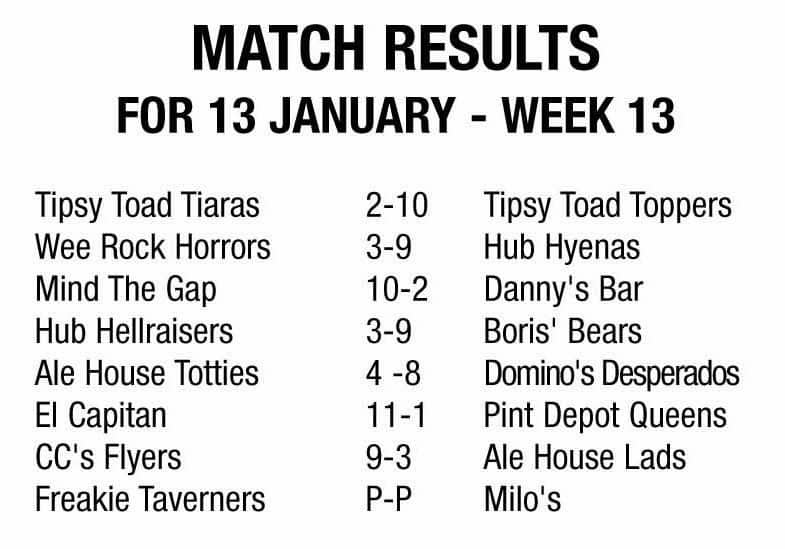 The Skinners, Ken and Amanda, joined Yvonne Rouffignac 80,100 to claim an early advantage over the Raisers, daughter Skinner hitting D10. Carol Rowland made it all square on D13.

Kain Hickman found D5, to regain Bears advantage, Lesley Dolling nailing a D8 for 2 apiece. The Skinners again figured prominantly in the two before the break, Amanda eventually closing on D1 with Rouffignac for 2-3, Ken outing on 52 and a fine 121. Rowland 119. 2-4 at the break.

The father 100, D5 and daughter 100,D18 (team Skinner) ensured a point in the singles, leaving the glory to Rouffignac D4 for the match and 2 points.

Hickman’s 105,100,98 scoring would normally have ensured victory, but opponent Sue Spiers does have an effect on the opposite sex, finishing her 501 on D8. Ron Chadwick concluded the match on D14.  MOTM – Carol Rowland – Amanda Skinner

Despo’s made it two wins on the trot and a 3rd overall in a match evenly poised at 3 apiece with the singles to follow the break. 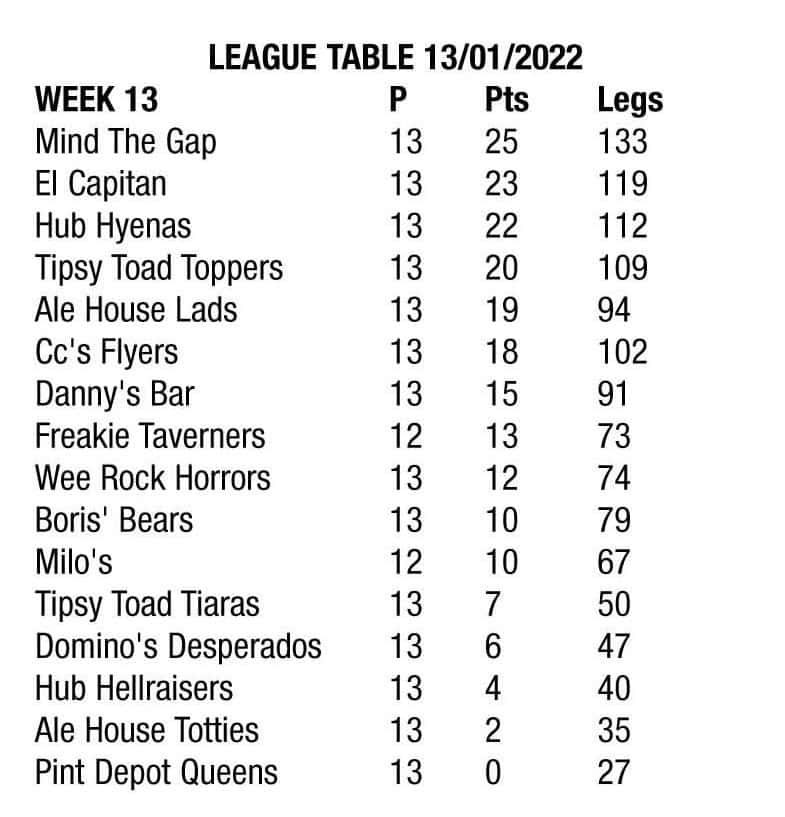 It was more of a party than a darts match and was always going to be ‘friendly’ as wives played against their husbands and friends at the Tipsy Toad.

With relative ease, the boys took all the points in the triples and the doubles although only managing a couple of 100’s and a smattering of 80+ scores, Paddy Winterbourne rattling off a 3-darter finish on T11-9-D16 (74).

Tracey Simpson was the leading lady in the first half, impressing with the highest score of the night of 112.  Lovely Lisa Ivill laid on a half time spread of enormous proportions with drinks all round for both teams.

The volley continued into the singles but on the 4th one, Wendy Hayward (MOTM) fired off a 19-18-D20 (77) against Bazza to give the ladies a point.  Hugh Galloway (MOTM) then rattled off T20-10-D16 (102) so quickly we didn’t even realise he’d checked out against Lisa and Patty Poo Schofield (D8) got a 2nd point for the ladies in the last game against Steph Simpson. A jolly good time was had by all. 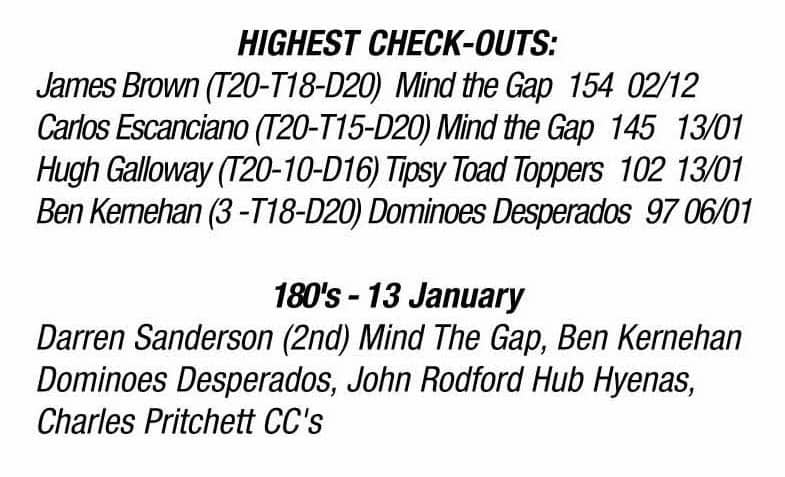 Marcos Lopez gained his teams MOTM award courtesy of his loss to a Marie Cummins D5 in the 9th leg, the match truly over at that point. He did however achieve a ton and D2 earlier.

Chris Logan figured in three outs, Edmundos Klimonis helped himself to another two, but more importantly 2×140 and a number of 80+’s, plus what the evenings all about, the 7th winning leg.

Aroldas played to his usual standard with 3×100,140. Nigel Justice and Vycka Bobinas nailed a further 4 outs between them.

Jade Hockton top scored for the girls with 115. Needless to say Queens  MOTM went to who else but Marie Cummins.

Despite respectable performances from the Rock’s  “usual suspects” the hosts certainly miss their talisman Graham Solomans, currently under the weather.

A marathon 1st triple was finally completed by Alex Nikolov on D2, both sides refusing to finish the 701. Tony Spiers livened up matters in the 2nd with 98,125, but Hyena Eric Manders made it 2 for the visitors on D16.

The remaining four singles went the way of the visitors, courtesy of, John Eyre, Rodford, Manders and Nikolov, Rodford providing a 180.

Simon Williams provided the match and after match entertainment, to include both singing and impersonations enjoyed by all.  MOTM – Dolling – Rodford