The Dutchman Fabio Jacobsen (Deceuninck Quick Step), the same cyclist who almost lost his life a year ago after suffering a serious accident in the Tour of Poland, took a well-deserved double at La Manga del Mar Menor of Saturday evening, winning the sprint at the end of the eighth stage.

Jakobsen (Gorinchem, 24 years old) was reborn in Molina de Aragón last Tuesday, and in La Manga he confirmed his return to cycling, winning a duel with the Italian Alberto Dainese (DSM) and the Belgian Jasper Philipsen (Alpeccin-Fenix), all with the same time of 3h.36.05 at the end of the 173.7 km stage eight.

Primoz Roglic (Jumbo-Visma) survived the day to retain the red jersey on the eve of Sunday’s brutal mountain stage with a summit finish on the Alto de Velefique.

Earlier in the day the multicoloured snake, which had started in Santa Pola, had passed through the main streets of Torrevieja before making it’s way south, leaving the town at the roundabout of the desalination plant, and then largely down the N332, through Orihuela Costa, on to San Pedro, San Javier, Los Alcazares, across to Torre Pacheco and Cartagena, before ending in La Manga del Mar Menor. 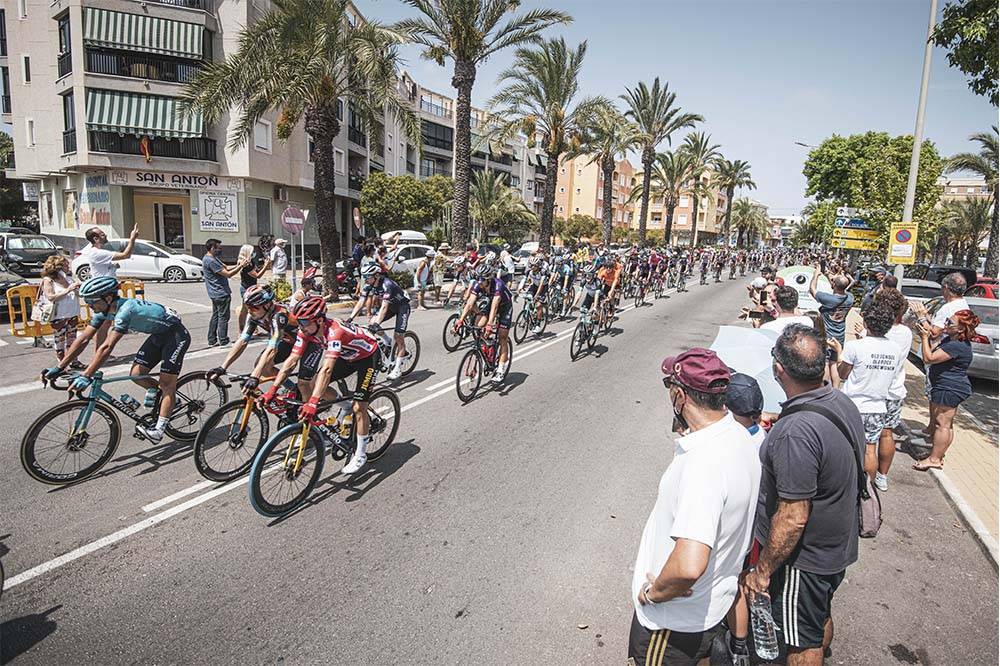 Unfortunately, one of the riders that was missing during that eighth stage was Prestonian Hugh Carthy who had pulled out of the race.

British general classification contender Carthy came into this year’s edition of the Spanish Grand Tour with the hope of improving on his podium position from 2020.

After minimising his losses in the opening time trial in Burgos, Preston born Carthy, 27, began to slip back on GC on the first mountain finish of the race, Picón Blanco on stage three.

On the uphill finish on stage six, Carthy was caught out in crosswinds and dug deep to re-join the peloton late in the stage, before struggling on the 1.9km-long final climb, losing almost three minutes to the GC contenders.

Carthy dropped from the peloton 140km from the finish on slopes of the Puerto la Llacuna, before he stepped off the bike as the leading group still had 64km left to race.

Speaking with U.S. broadcaster NBC, team boss Jonathan Vaughters speculated that Carthy’s “up-and-down performance” at the Vuelta a Burgos, and over the early stages of the Vuelta a España, may have been due to him receiving his second COVID-19 vaccination just prior to the start of the race.

One other rider who was also forced to abandon during stage seven was local favourite and Murcia born Alejandro Valverde who crashed out of the race after he appeared to hit a pothole and lose control on a high-speed descent, with about 43km to go.

The race now continues, snaking through the west of Spain before it moves northwards before it finishes with an individual time trial in Santiago de Compostela on 5 September.