The rebound in infections in the Region of Murcia has a clear and dominant focus: the group of Murcians aged 20 to 29 years. This age group now shows a 14 day incidence of 701 infected per 100,000 inhabitants, according to data provided by the Ministry of Health. 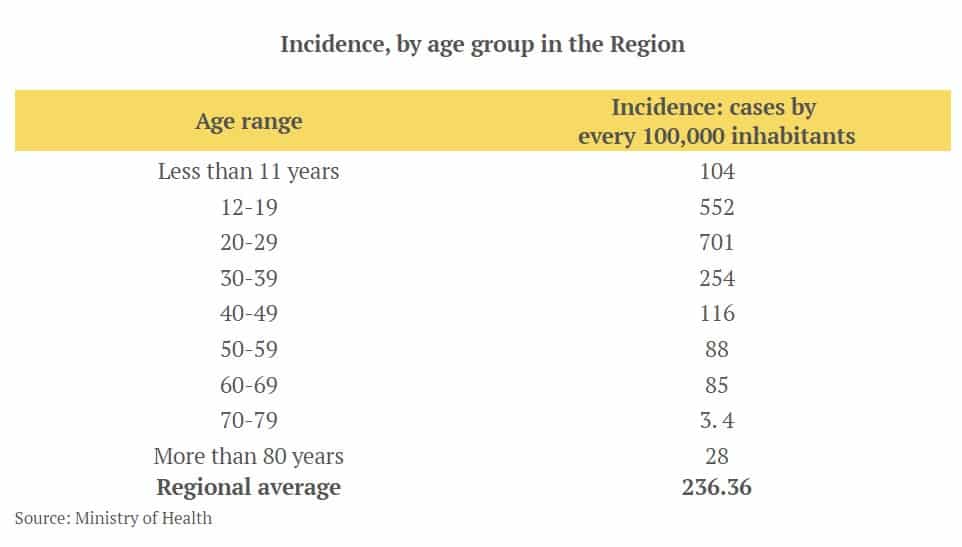 The Murcia Region has entered the fifth wave of the pandemic, now showing four consecutive days of increases above 300 positive cases per day. There are already 2,730 Murcians infected; most of them with mild or asymptomatic symptoms (2,690).

Less than a month ago, at the beginning of the summe , there were barely more than 400 infected.

The regional incidence, which for a long time was barely noticed in the Region, ranged from 50 to 70 cases, but it now stands at 236 positives per 100,000 Murcians, according to the Ministry of Health figures. However, it is among the lowest in the country, only surpassed by the autonomous cities of Ceuta (100) and Melilla (158) and Castilla-La Mancha (170).

Twenty-somethings lead the upturn in cases in the Region, but teenagers are not too far behind, those aged 12 to 19 show 552 cases per 100,000. Adults between 30 and 39 years of age register a rate of 254, and from the age of 50, the incidence gradually decreases, until it reaches octogenarians, who present a rate of 28 infected per 100,000.