Football really is coming home – when you enter Bodega Los Carmelos in La Marina, after Elche’s return to La Liga – with hundreds of scarves donning the walls from throughout Europe.

“My grandparents and father started a local shop here, with vegetables, shoes, wines, and general store in 1980,” Sergio, son of owners Carmelos and Irene, who run the Bodega, along with his sister chef Irene, told The Leader.

“As the years passed, that local shop changed to the Bodega that you know today,” said Sergio.

“My father really likes football and his favourite team is Barcelona, and he has a lot of friends with the same favourite team – they gifted to him the very first scarf,” said Sergio.

La Marina is a coastal village administered by the city of Elche, in the province of Alicante on Spain’s Costa Blanca.

Sergio confessed: “My mother’s team is newly promoted La Liga club Elche and my father’s team is Barcelona – I don’t really like football, and I don’t have a favourite team.

“The oldest scarf is one of Barcelona, from the eighties. And over the years scarves have been given to us by the customers.”

Decades on and Bodega Los Carmelos, which has two large separate dining rooms, and barrels of wine on show, has a plethora of scarves. 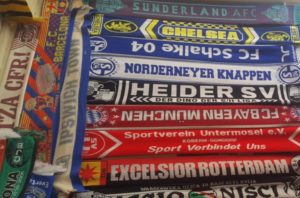 “My grandfather was Carmelo too, that is the reason for the name ‘Bodega Los Carmelos’,” said Sergio. 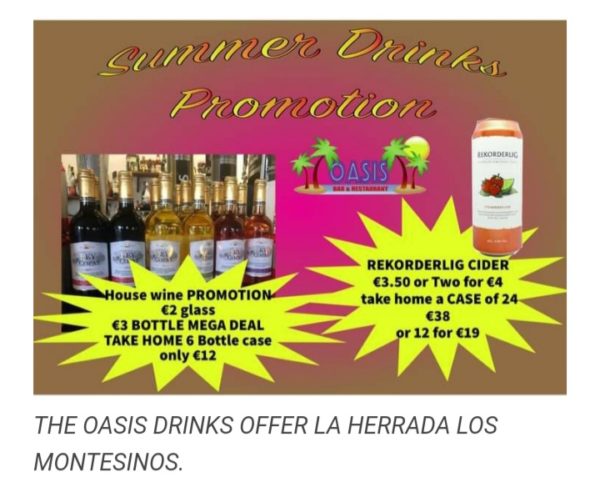