Burglaries have been reported in Quesada, Cabo Roig and Los Montesinos in recent days – thefts that appear to have been carried out by the same robbers.

A property in Los Montesinos was targeted, with the theft of a handbag by a female, who entered the garden area and passed it to an accomplice waiting in a dark VW car.

The woman had been seen walking the streets on the la Herrada urbanisation and looking into a plethora of gardens. 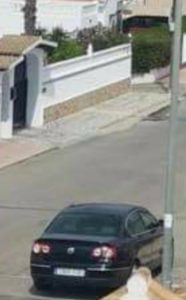 It has been reported a female of a similar description also attempted to steal a handbag at a restaurant in San Miguel.

And in Quesada a female and accomplice – in a VW – were photographed by a member of the public, that has been passed to police for investigations.

In a separate incident a house was burgled in Los Montesinos during the early hours of the morning, while the occupants slept.

A male has also been seen walking the streets in a suspicious manner, with a walkie-talkie, while eyeing premises.

Further incidents have been witnessed, reporting a female attempting to open gates in the vicinity.

A lady whose gate was locked said a female attempted to open it and told The Leader she was worried that they might be looking to steal her dog.

In case of an emergency call the police on 112. Further details are available on the relevant local Policia websites.