Firefighters from the Murcia Region Fire Extinction and Rescue Consortium (CEIS) and three helicopters are working on extinguishing a fire that has broken out in storage buildings containing farm material, several vehicles and an adjacent house, located on a farm in the area of ​​La Grajuela (San Javier).

The Emergency Coordination Centre said that the blaze was reported at 11:12 a.m., and it was affecting material stored on the farm, including outbuildings, pallets and plastic sheeting, as well as several vehicles and an adjacent property. The site is located next to kilometer 779 of the AP-7 motorway.

8 firefighters and 4 fire trucks were initially deployed to the site, as well as a helicopter from the General Directorate of Citizen Security and Emergencies (DGSCE) based in Ancantarilla.

Subsequently, at around 1:15 pm, 6 additional firefighters and 2 extinguishing vehicles were mobilised, together with two further helicopters.

The fire was brought under control at around 4:00 p.m. 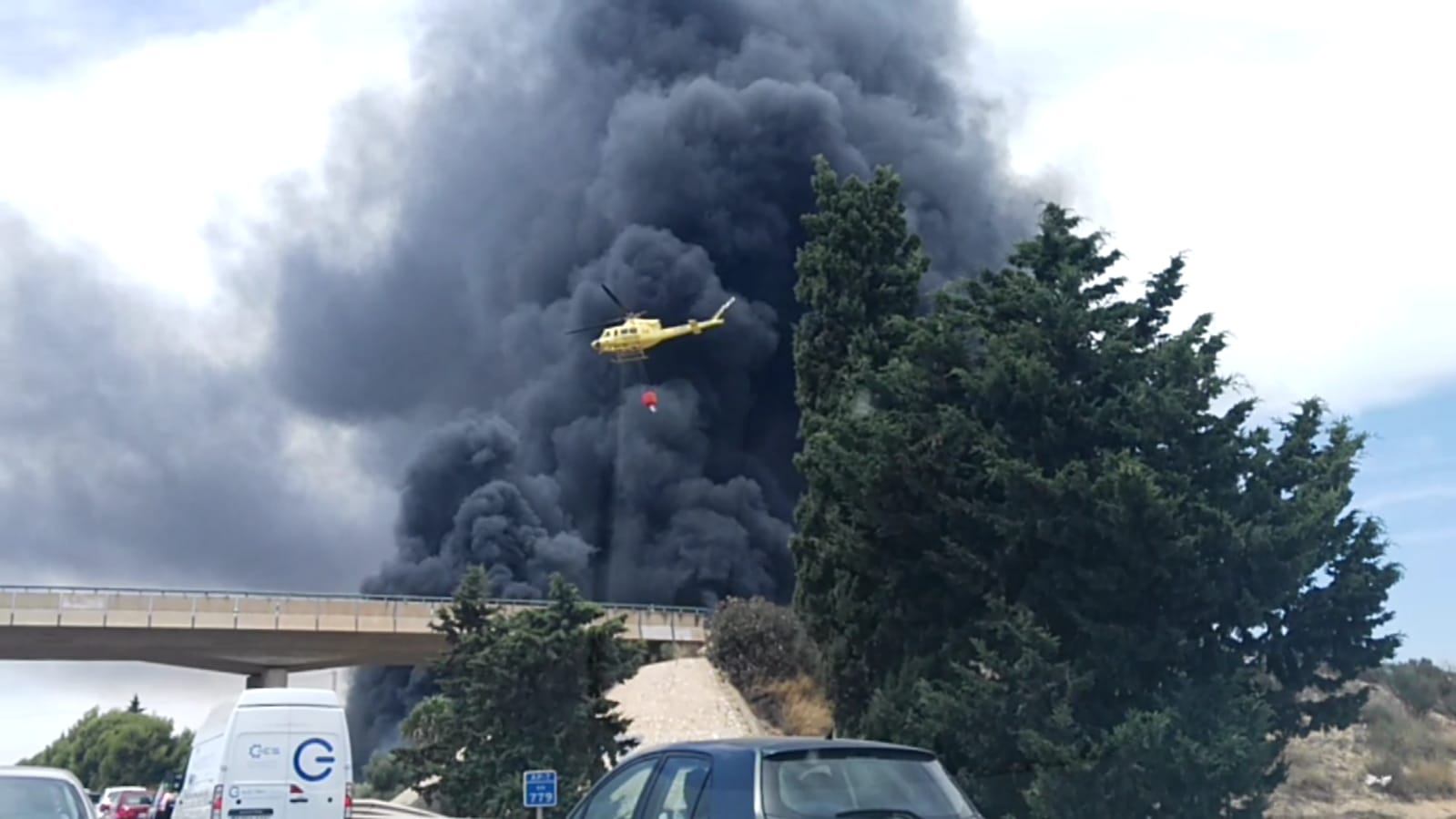