The Ministry of Health has confirmed this Monday morning a total of 26,744 deaths and 227,436 infections by coronavirus in Spain.

A total of 973 people have also recovered from the virus in the last hours so 137,139 people have now been discharged after overcoming the disease.

By autonomous communities, there have been two deaths in Andalusia, one in Aragon, four in Asturias, zero in the Balearic Islands, one in the Canary Islands, zero in Cantabria, 27 in Castilla-La Mancha, eight in Castilla y León, 23 in Catalonia, none in Ceuta, 7 in the Valencian Community, three in Extremadura, one in Galicia, 39 in Madrid, none in Melilla, none in Murcia, two in Navarra, five in the Basque Country and none in La Rioja.

As for positives, 26 new cases have been reported in Andalusia, 20 in Aragon, three in Asturias, three in the Balearic Islands, two in the Canary Islands, one in Cantabria, 44 in Castilla-La Mancha, 78 in Castilla y León, 83 in Catalonia, none in Ceuta, 16 in the Valencian Community, six in Extremadura, 27 in Galicia, 31 in Madrid, zero in Melilla, nine in Murcia, thirteen in Navarra, eleven in the Basque Country and none in La Rioja. 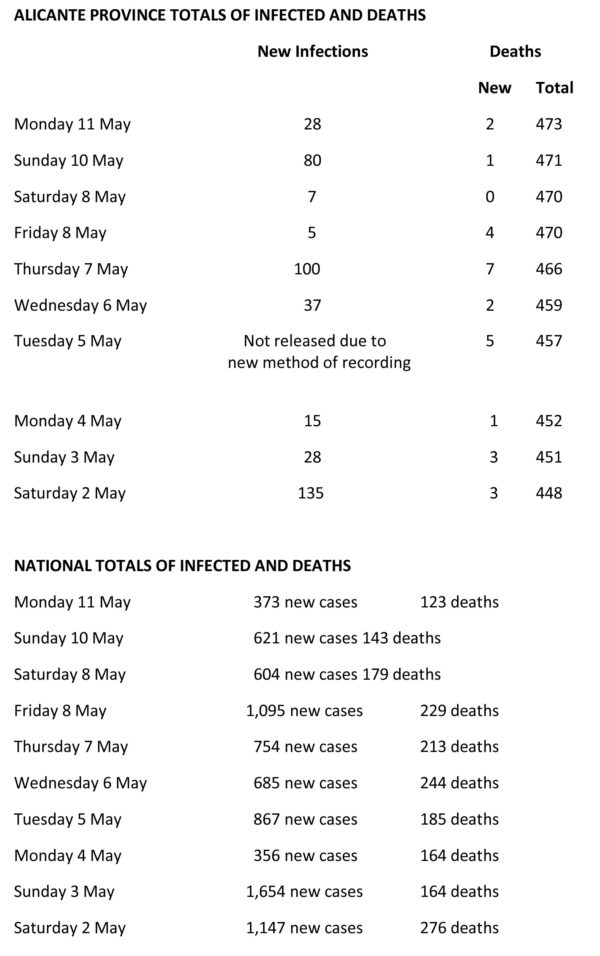 The Valencian Community has added 16 new cases, all detected with PCR, and 7 deaths in the last 24 hours, four of them in residences, but there has been no new admissions to the ICU and only one hospitalized, according to the latest update from the Conselleria de Health.

To date there have been a total of 1,345 deaths in the Valencian Community, seven more since the last update: 201 in the province of Castellón, 473 in Alicante and 671 in that of Valencia.