The impact of the coronavirus has slowed down in the Valencian Community during the last 24 hours with 191 new cases and 27 deaths, while there have been 342 people discharged from hospital.

These was the data provided this Thursday by the Minister of Health, Ana Barceló, at her daily press conference. 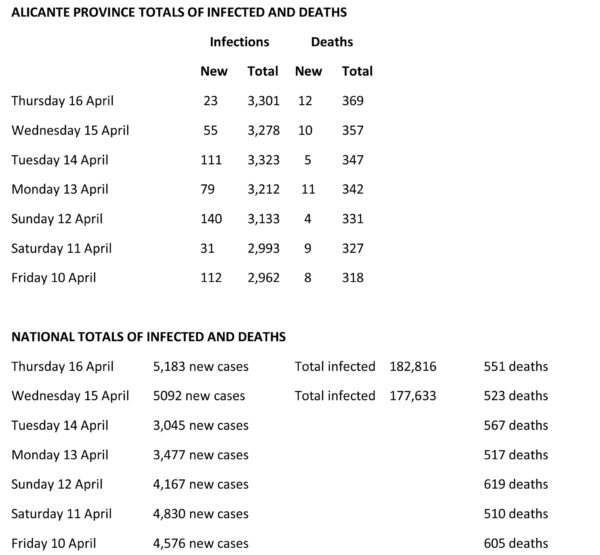 The Minister said, there are 95 residences with positive cases, two fewer than yesterday. However, the number of nursing homes under direct supervision has increased. There are now 13 residences being directly controlled in Valencia, 6 in Alicante and 5 in Castellón.

The improvement in the situation in Valencian hospitals continues, with less pressure on hospital beds: there are currently 1,247 people admitted, 274 of them in critical care units. “The number is 27 fewer than yesterday and we are seeing that it continues to decrease,” Barceló explained. 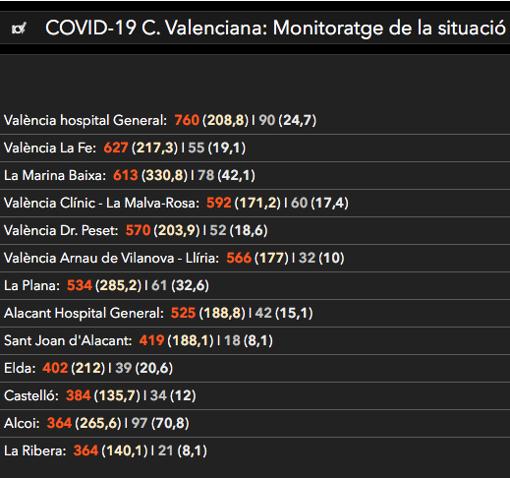 There have been 32 new cases recorded in medical staff in the Community, (19 in Valencia, 8 in Castellón and 5 in Alicante) but there have been 66 discharges.

Elche, Orihuela and Crevillente are the three municipalities with the lowest death rate in the Community from Covid-19 while Requena and Alcoy are the worst. 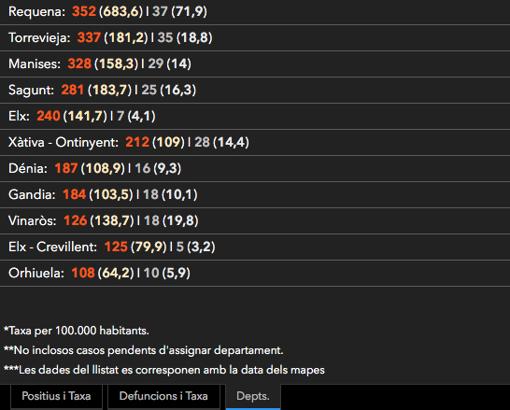