Not only is Good Friday a solemn day in the remembrance of Easter but in 2020 Holy Friday dawns as one of the most awful in recent history. With all celebrations cancelled and 47 million people locked into their homes the country continues to lose many hundreds of its citizens to coronavirus.

A further 605 people have died in Spain since yesterday increasing the total figure to 15,843 and although the figure marks the lowest daily number of fatalities since March 24 there is still no room for celebration.

The figures ensure that Spain remains as one of the small group of countries that the coronavirus has hit with particular virulence. 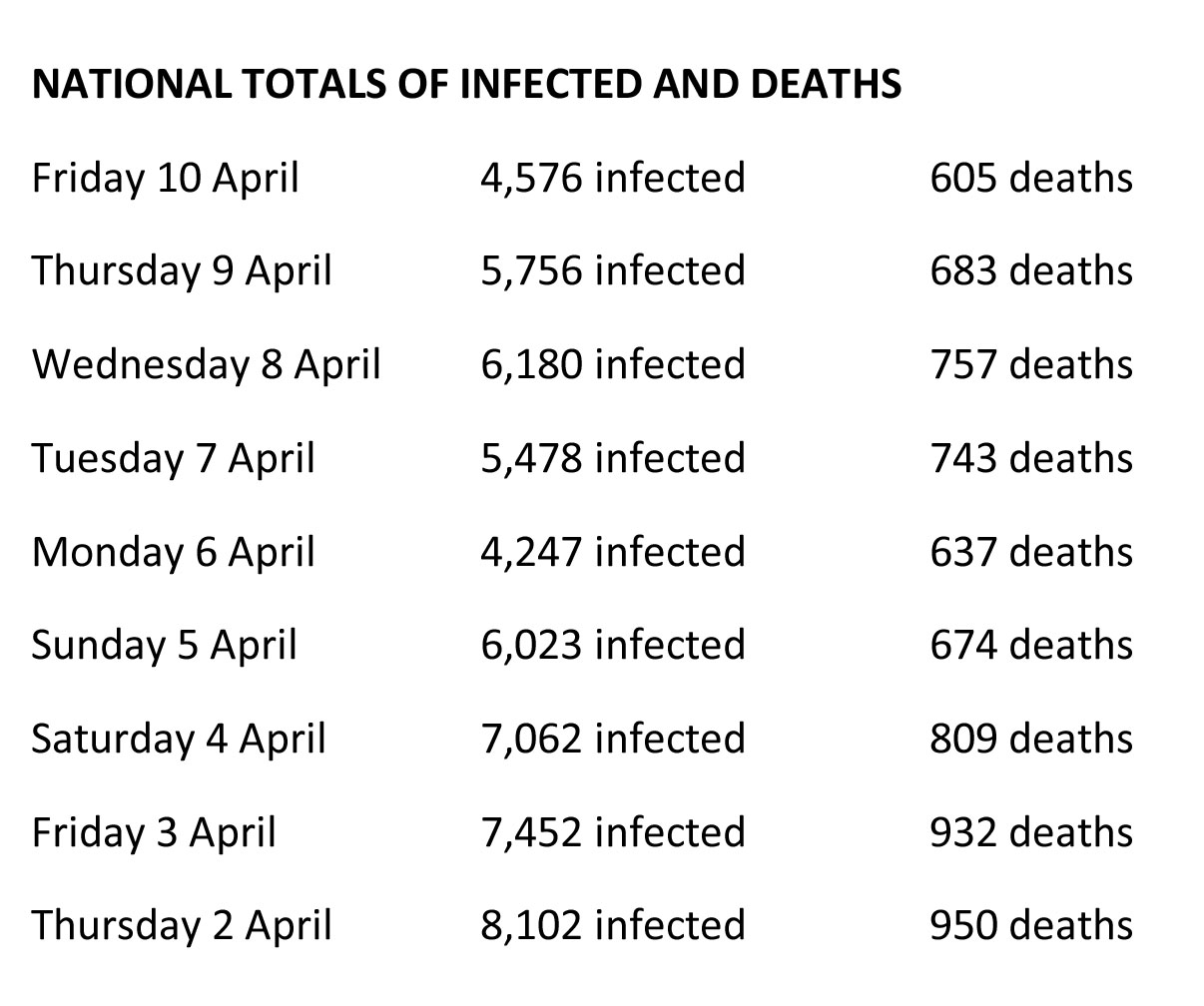 The Ministry of Health has confirmed 367 new infections in the last day, 58 more than on Wednesday, and increasing the number of cases to 8,331. The figures were delivered this Friday by the Minister, Ana Barceló, in her daily appearance to report the growth of the Covid-19 pandemic. Of the total of new cases, 112 are in the province of Alicante, more than double that of Thursday when there were 47.

Barceló explained that the increase in the number of positive cases is due to the fact that more tests are now being carried out.

The accumulated number in Alicante is now 2,962 positive cases although in a number of those have recovered. There are currently 2,085 people in hospital.

There were 313 new recoveries, the second largest number of cures registered in a single day in Valencian territory. Of the total discharges so far, 705 are from the province of Alicante (73 more than those that were recorded on Thursday).

Unfortunately, the death toll in the Community increased by a further 29 people, 8 of which are from the province of Alicante, where the accumulated total is now 318 .

In Europe, according to the latest data, Spain now exceeds Italy (143,626) in the number of confirmed cases although Italy is yet to provide it’s daily figures for Friday.

On Thursday the Prime Minister Pedro Sánchez formally pushed through the Congress of Deputies, his extension to lockdown for a further two weeks up to 26 April but during the debate in Spain’s Lower House, he warned that a further extension, to 10 May, is highly likely, although it is still unclear as to what the conditions would be.

The Spanish government has been hinting at a gradual de-escalation of confinement measures based on the data from the pandemic.