The number of deaths is down by 18 from yesterday’s high of 950 while the number of new infections fell by 650.

According to the data released by the Ministry of Health on Friday morning, there have now been 10,935 deaths since the start of the health crisis. There are 117,710 people infected and more than 30,000 have been cured. A total of 56,000 patients have been hospitalised.

According to the latest data provided, there are now 6,416 patients admitted to the ICU. The good news of the day is that 30,513 people have already been discharged after overcoming the disease. This Friday’s data confirms that the downward trend in the contagion curve continues.

In the province of Alicante, however, the pandemic has left 31 more deaths in the last 24 hours. This is the highest number recorded in a single day since the pandemic began, with 10 more people than the day before, when just 21 people died.

The positive fact is that hospital admissions continue to drop, with 32 less in one day. However, the number of patients entering Intensive Care Units continues to grow to 144 in the province, three more than the previous day. 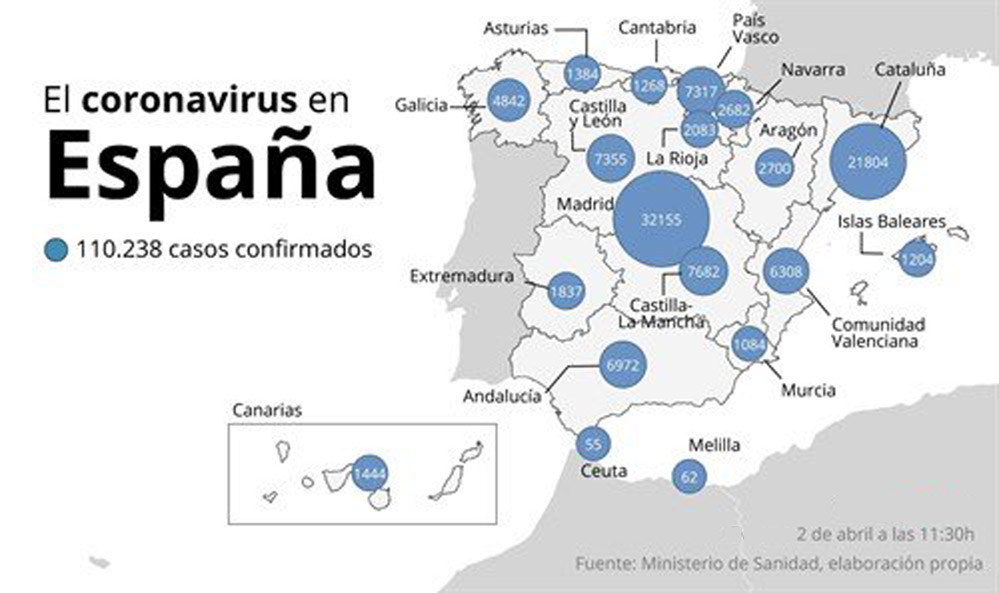 There have been a further 316 new infections in the Valencian Community increasing the number of cases to 6,624. Of those, 43 are in Castellón, 125 in Alicante and 148 in Valencia. This was confirmed by the Minister of Health, Ana Barceló, at the press conference this Friday. Of the total number of infections, 740 are from Castellón, 2,445 Alicante and 3,439 from Valencia.

The Community also saw 592 patients discharged from hospital, 160 more than those on Thursday. 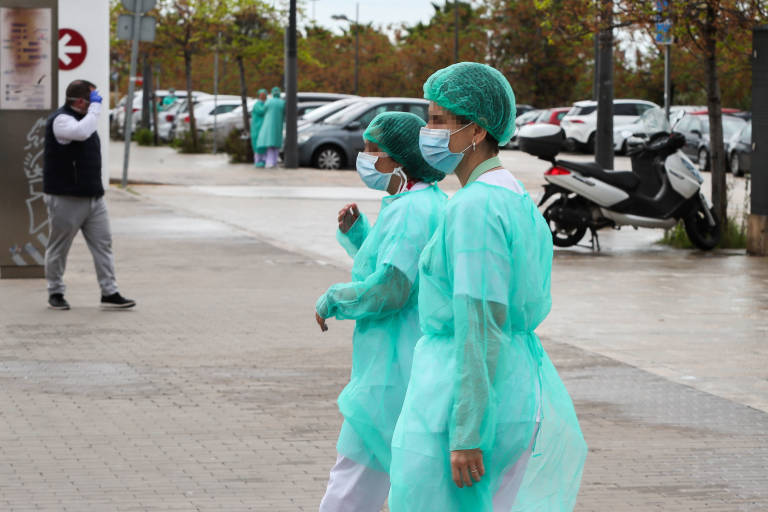 The Minister of Labour and Social Economy, Yolanda Díaz, said today that the Prime Minister will decide whether to propose an extension of the state of alarm beyond April 11 to the Congress of Deputies based on the “technical criteria” of the health authorities.

The Spanish press are suggesting today that he is considering extending the ‘lockdown’ by 2 further weeks to 26 April.

At the moment, it seems that the great debate in government centres around the conditions under which this possible extension will be introduced. The Government is taking into account the pressures of the businessmen who are demanding a relaxation of the confinement. President Pedro Sánchez says that he intends to speak this weekend with the political leaders of the different parties.

More than a million people worldwide have been infected with coronavirus and more than 53,000 have died, according to figures produced by Johns Hopkins University.

The United States set a record on Thursday in the number of deaths from coronavirus in one day recording at least 1,169 in the last 24 hours, bringing the total number of fatalities in the country to 6,057, while infections rose to more than 245,000, after adding another 30,000 infected.