The LeaderPutting YOU at the Heart of the Community
Sign in / Join
Subscribe
Home Sport Horse Racing ROLL ON! Tiger Roll on track for triple-winning National tilt 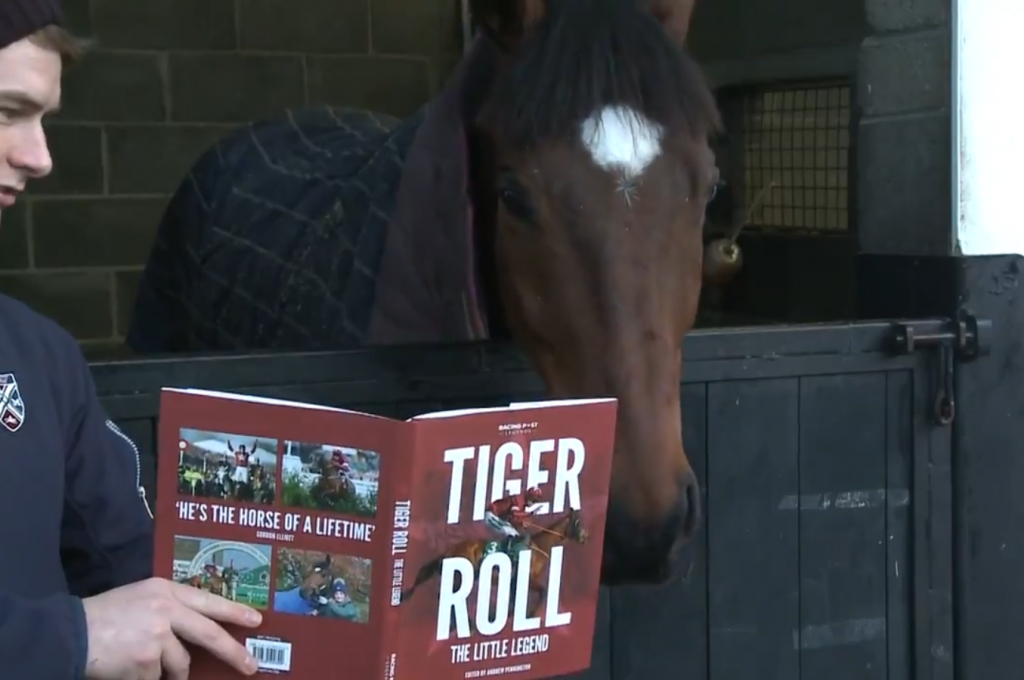 Tiger Roll remains on track for a triple-winning tilt in the Randox Health Grand National at Aintree  on April 4 – despite suffering defeat behind Easysland in the Cross Country Chase on March 11 at the Cheltenham Festival.

“I was slightly worried about the ground (soft, heavy in places) going into the Cheltenham  Festival,” said Elliott.

Tiger Roll has drifted to 8-1 in ante post betting for the National, from 5-1, prior to his Cheltenham defeat.

Tiger Roll, ten-year-old, was under jockey Keith Donoghue at Cheltenham, who was upbeat. “He’s run a cracker again – but he just got stuck in the heavy ground all the way round.

“Normally he jumps and travels, but he ran his heart out. He ran into the better horse on the day,” reasoned Donoghue.

“Tiger Roll had a nice couple of months of summer holidays after winning the Grand National in 2019,” said Elliott.

Tiger Roll went to Gigginstown and spent the best part of 12 weeks out on grass, not having been saddled up since Aintree and the National.

“The Cheltenham race should be a perfect prep for the Grand National,” added Elliott.

The post ROLL ON! Tiger Roll on track for triple-winning National tilt appeared first on Horse Racing News and Tips.