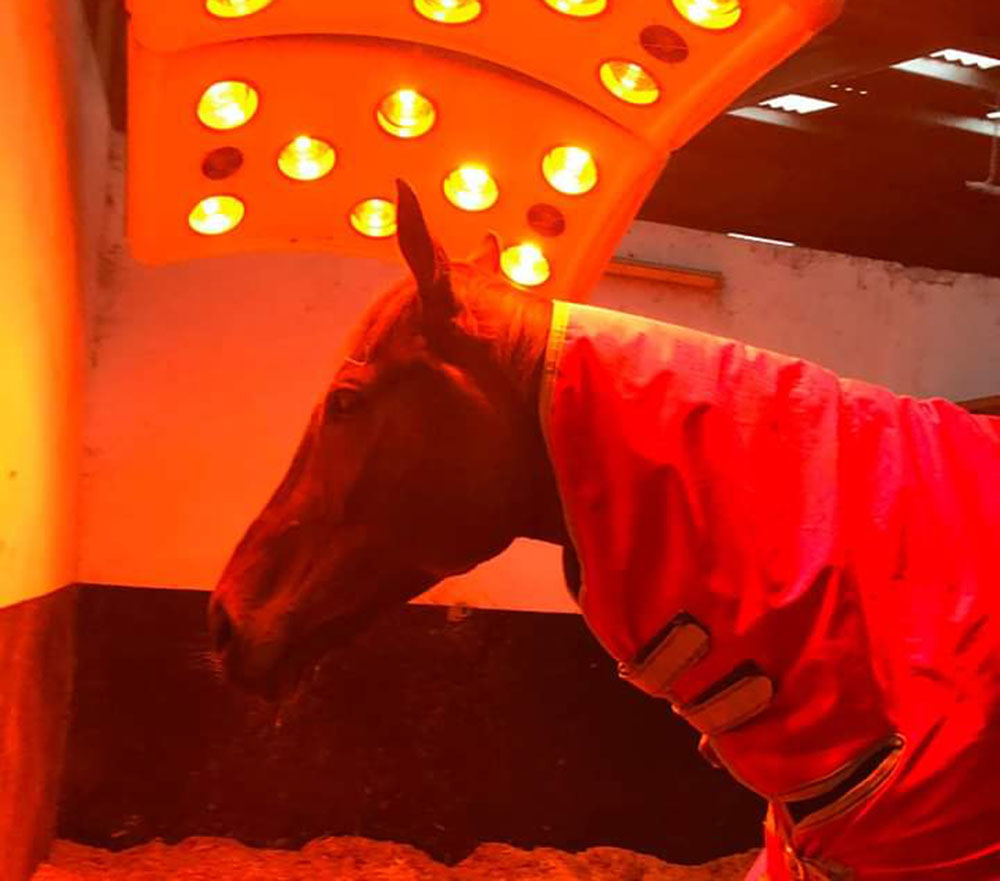 Lady Buttons has been well wrapped up and under heat therapy lights during the cold winter nights at Philip Kirby racing stables.

Lady Buttons has been entered to run at the Cheltenham Festival in March – in both the G1 Betway Queen Mother Champion Chase on March 11, over 2m; and Festival Mares Hurdle over 2m 4f, on March 10.

“We will make a decision nearer the time,” said Philip, whose stable star Lady Buttons won the Listed Mares’ chase at Doncaster on December 29.

“She’s an absolute star. The Silver Vase was a hot race – her best performance,” said Philip, who has pencilled in Lady Buttons to run in the Opera Hat Mares’ Chase at Naas, on February 8.

Stablemate, Top Ville Ben has been entered in the Magners Cheltenham Gold Cup – on the back of winning the Rowland Meyrick Chase at Wetherby over 3m on Boxing day.

Top Ville Ben has an entry in the Sky Bet Chase at Cheltenham, along with the Cotswold Chase and the Denman at Kempton.

” ‘Ben’ has to back up the Wetherby success. He’s going the right way – it’s all coming together,” said Philip, from Green Oaks Farm stables, Richmond, North Yorkshire.

“He will run, in either the Cotswold Chase or the Denman. If he holds his own, he’ll probably go and take his chance in the Gold Cup.

“Failing that, we might have a Aintree Grand National horse for next year in Top Ville Ben,” said Philip.

The post The heat is on for ‘Lady’ ahead of Cheltenham Festival appeared first on Horse Racing News and Tips.

The President of the Spanish Government, Pedro Sánchez, has...

The "boom" of photovoltaic plants and self-consumption facilities for...

Even though PIOC and CLARO are separate parties, Independence...