In Madrid this morning Spain’s Prime Minister, Pedro Sánchez, has addressed the 25th Conference on Climate Change (COP25), which brings together representatives from 196 countries hoping to promote a more just and inclusive global climate action.

In his speech before the COP25 plenary, Sanchez said that the existence of the greenhouse effect was theorized as early as 1857 by Eunice Foote, although it was Professor Joseph Henry who is credited with first promoting the philosophy in subsequent years.

He stressed that we already have the scientific certainty that man is behind the damage caused to the fragile balance that allows life on Earth so it is up to him to repair and contain what is to come. “Today, fortunately, only a handful of country’s deny the evidence,” he said.

The battle against the climatic emergency, Sánchez pointed out, requires courage, determination, solidarity and, above all, “moving from words to action”, since 2018 has once again marked maximum levels of carbon dioxide concentration in the atmosphere, data that jeopardises the objective of the Paris Agreement to limit the increase in temperatures to pre-industrial levels of 1.5 degrees. 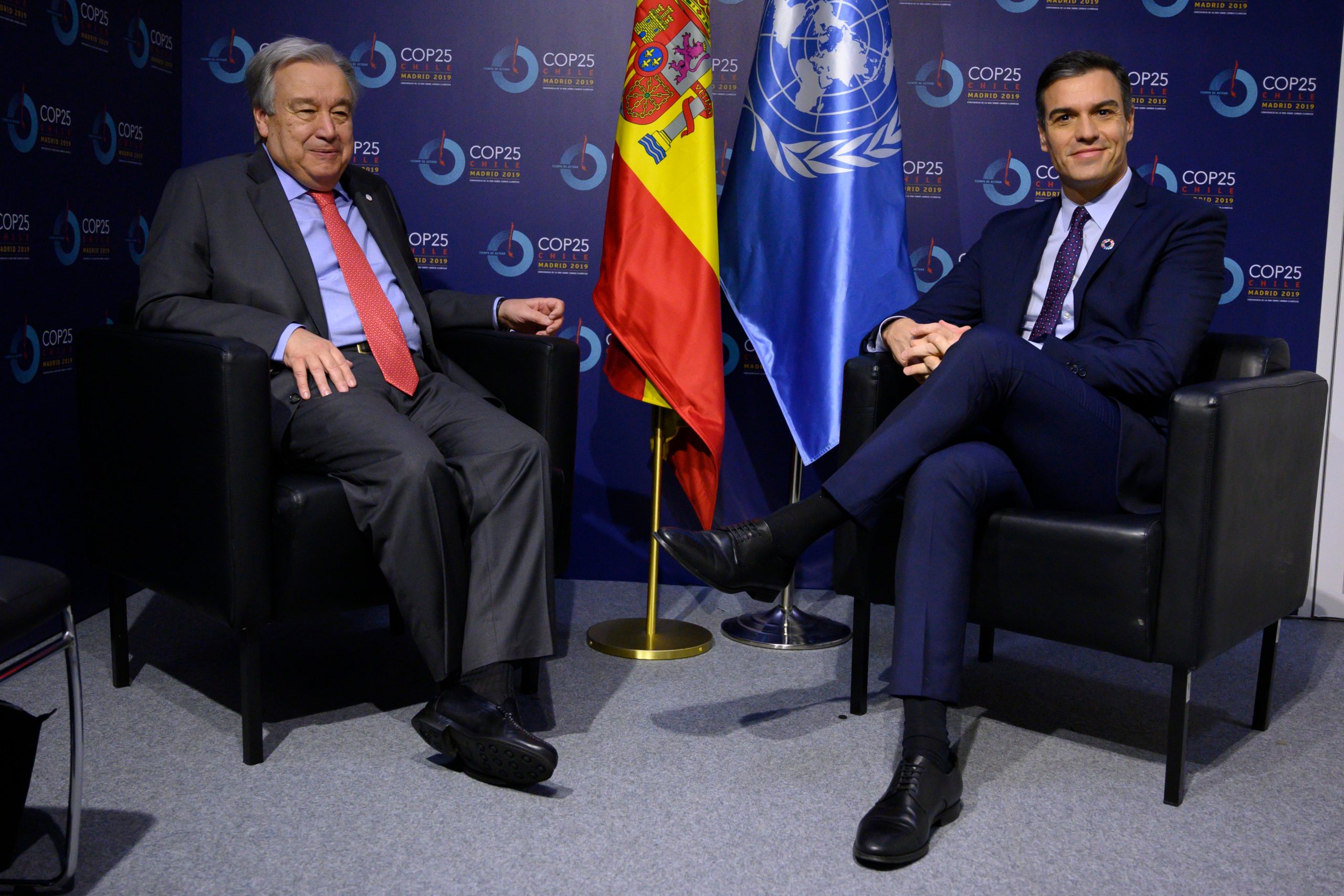 The Prime Minister indicated that until December 13 Madrid will become the world capital in the fight against the climatic emergency, “of a renewal of climate ambition and of a real commitment to taking action for the planet”. It is necessary, he stressed, to mark a turning point and to go to the Glasgow Summit in 2020 with more ambitious national contributions and long-term strategies that lead to an orderly, fair and efficient decarbonisation.

Sánchez said that Spain is ready to take that step forward, and increase the rate of emission reduction committed by 2030, always with a premise of not leaving anyone behind. He proposed a “great green agreement” to fairly assimilate the impact of any transformation.

The pact will be consistent with the objectives set by the European Union, which should be the one leading the decarbonisation, Sánchez said. “Humanity has reached a point where betting on its survival is equivalent to fighting for a better world.”

During the period of the conference Madrid will also be the capital of dialogue with society, through the involvement of more than 1,500 groups and organisations, hundreds of companies committed to the Sustainable Development Goals and a “whole generation of young people who refuse to shut up in the face of the increasing degradation of the planet.” In total, about 30,000 people have registered to participate in the Summit.

At the inauguration of the Summit, the Secretary General of the United Nations, António Guterres, thanked the governments of Chile and Spain for the joint work to make the conference possible, an example – he said – of the necessary multilateralism against the climatic emergency.

Guterres said that the last five years have been those with the highest temperatures recorded and that the level of the oceans is rising faster than expected. If rapid and profound transformations are not adopted in areas such as industry, energy, transport, with a global approach and social justice, the impact on all forms of life on Earth will be catastrophic, he warned.

Pedro Sánchez will participate in a round table with other leaders on more ambitious national plans in the face of the climatic emergency.

In addition, within the framework of the Summit, he has already held meetings with the Heads of State and Government of many EU countries, with the Prime Minister of France, Édouard Philippe, and with the Secretary General of the UN. This afternoon he will offer lunch to the heads of State and Government, meet with the leaders of Latin American countries and appear before the media alongside António Guterres.