IAG, the parent company of Vueling, are currently studying the proposal of Murcia’s Minister of Public Works to establish a route between Murcia and Barcelona. The meeting took place on Thursday, and was based on a study presented by Patricio Valverde and the secretary general of the Ministry, Yolanda Muñoz, who both say that there is sufficient demand to establish this service at the new Corvera airport.

The Ministry estimates that 65% of passengers who now use the Alicante-Barcelona route have the Murcia Region as their origin or destination. 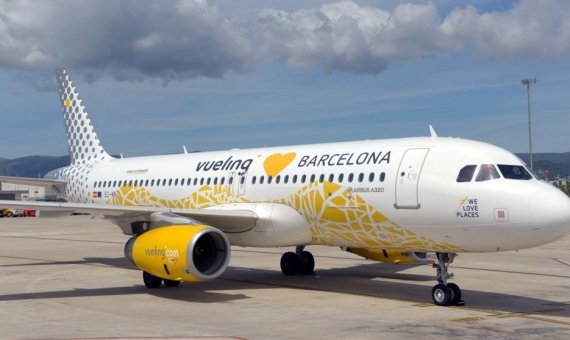 At the meeting, several other national routes were discussed but it was agreed that it is the Barcelona link that currently has commercial possibilities.

The Region would then be able to expand its connection options with many other destinations in the world, since passengers could use the Barcelona airport as a hub to reach a far greater number of cities.

Valverde explained to the Vueling executives the strategic location of the airport, which is in the centre of the Mediterranean Arc. The area of ​​influence reaches a population of 4 million inhabitants, who all reside within a radius of two hours by car.

The regional government said that 35% of Alicante airport traffic also has its origin or destination in the Region, which translates into 4.5 million potential passengers, of which 4.1 million are international with the rest coming from national destinations.

Their intention is to capture the greatest possible flow of traffic, taking advantage of the current saturation in Alicante.

IAG, the owners of Vueling, are the parent company of a number of well-known airlines including Aer Lingus, British Airways, Iberia and Level.