A team from the University of Kiel (Germany) has discovered that the southeast flank of Mount Etna, one of Europe’s highest active volcanoes, located on the Italian island of Sicily, is sliding into the Mediterranean Sea at the rate of a few centimetres every year, and that one of the possible consequences could be a catastrophic tsunami.

The investigation, led by Morelia Urlaub from the GEOMAR Helmholtz Centre for Ocean Research Kiel, in Germany, showed for the first time the movement of the unstable southeastern flank of Etna, using a network of five underwater transponders.

They were equipped with pressure sensors to continuously monitor the displacement of the seafloor around Etna’s submerged southern boundary, the results of which suggest that the volcano’s flank movement poses a greater hazard than previously thought.

In a paper published in the journal Science Advances, the scientists report that the flank is sliding primarily due to gravitational instability. Previously, it was assumed that the pushing of ascending magma, or molten rock, inside the volcano was responsible for the movement. Until now, it has not been possible to determine which of these processes could be causing the sliding.

As a result, scientists warn that a sudden and rapid collapse of the entire slope could cause a tsunami, with disastrous effects for the entire region.

“We know from other volcanoes in the geological record that these have collapsed catastrophically and caused really, really big, fast landslides,” Urlaub said, “and if these landslides enter the sea, they can cause a tsunami.”

“But the chance of that happening at Etna can’t yet be quantified,” Urlaub said. “Scientific observations of the mountain date back only a few decades, and the whole history of Etna spans 500,000 years. More monitoring is needed to detect whether there are any changes in how the slope is moving and to estimate its risk of collapse.”

“There is a hazard,” she concluded. “We just have to keep an eye on Etna’s flank and monitor how it is moving.” 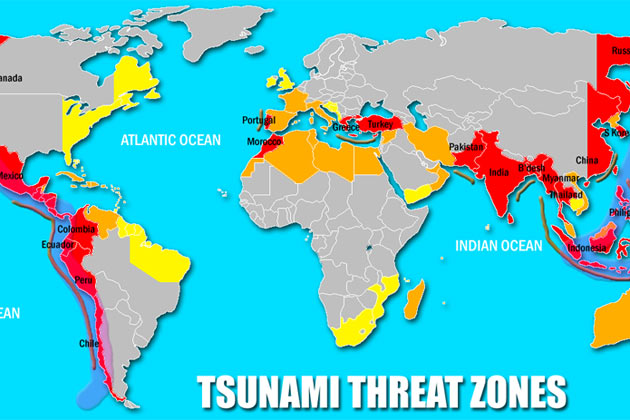