Just 4km’s away from Santa Pola’s bleached white sandy beaches is the small and tranquil Island of Tabarca with an interesting history which is today reflected in the historic and weathered architecture.

Once used as a hideaway by Barbary pirates and by the Spanish to house Genoese prisoners, the island has a chequered history, but today it is used by locals and tourists alike for its recreational facilities.

In the heat of a Spanish summer the milder climate of the island will be a welcome relief for the day. Tabarca is renowned for it’s fabulous clear waters, the sandy beaches, and it’s coves and cliffs which surround the island. 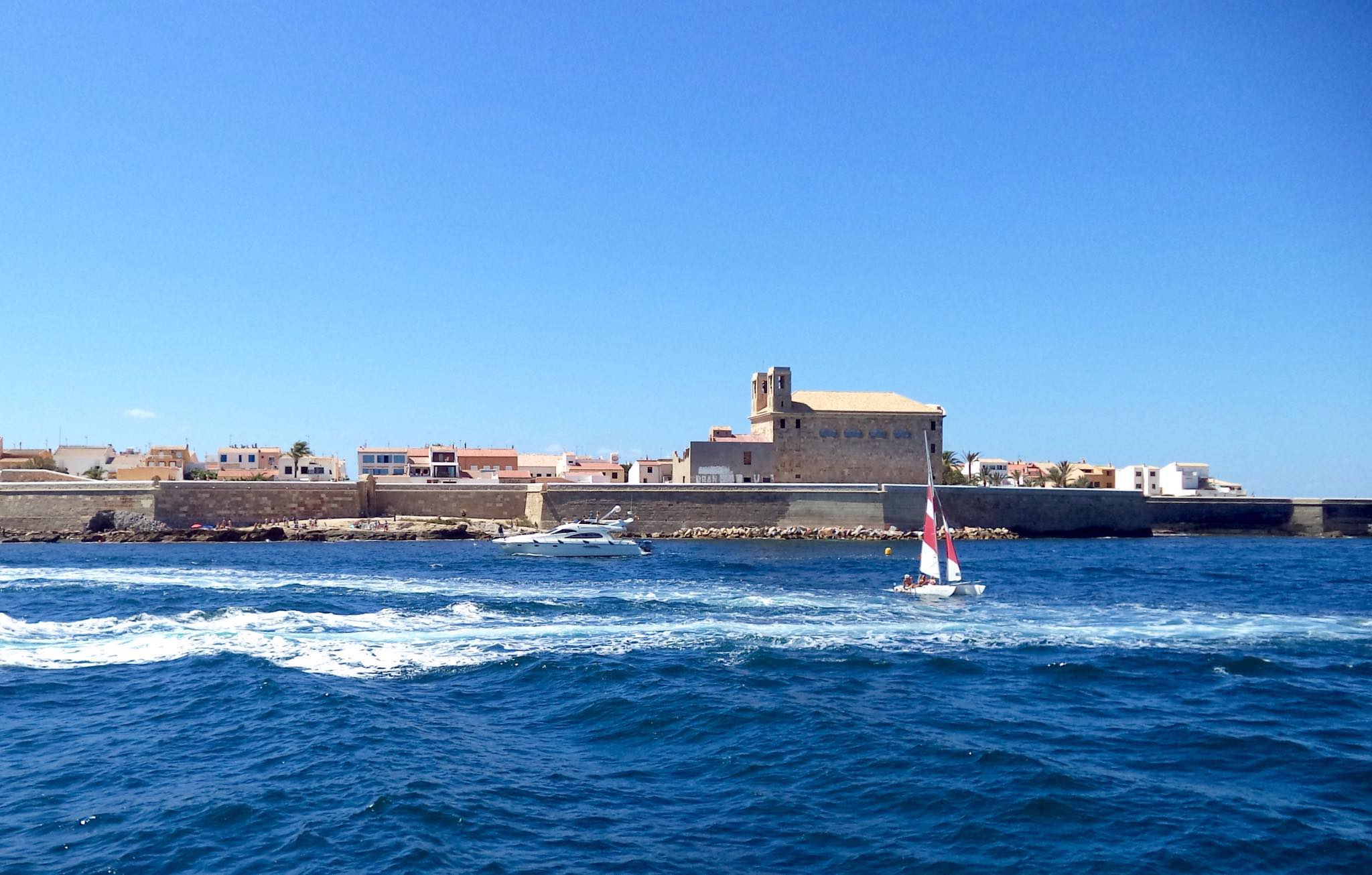 The surrounding waters of the 2km long island were declared a national marine park in 1986 and are a snorkeler’s paradise, with the abundance of marine life in the clear waters. Water sports rule the island with pedalo boats alongside windsailers and dinghies moored in the harbour next to large private yachts.

Everyone is in search of that small secluded bit of paradise and whilst you can see the mainland from Tabarca there is a feeling that an undiscovered treasure has been found, the only problem is that hundreds of other people have also discovered it and with several daily ferries from Santa Pola and Alicante, that long lost private desert island is no longer private or deserted.

During the 18th century the island became a refuge for Barbary pirates until the Spanish king, King Charles III, decreed the fortification of Tabarca to protect against the pirates.

The remains of the wall and the fortress are still visible, and they are one of the first sights you will see as you arrive at the island.

Walking through one of the three monumental gateways built in the 18th Century, along with a walled settlement that was constructed to discourage pirates landing, is the village. The traditional Spanish settlement remains largely unspoilt and unaffected by the growing number of visitors during the summer months.

The village, which occupies the western-most tip of the island, is laid out in a square pattern, with narrow streets lined with old fishing houses.

The only signs are the two souvenir shops and the large amount of restaurants scattered along the hilltops overlooking the sea and situated down quiet cobbled side streets. 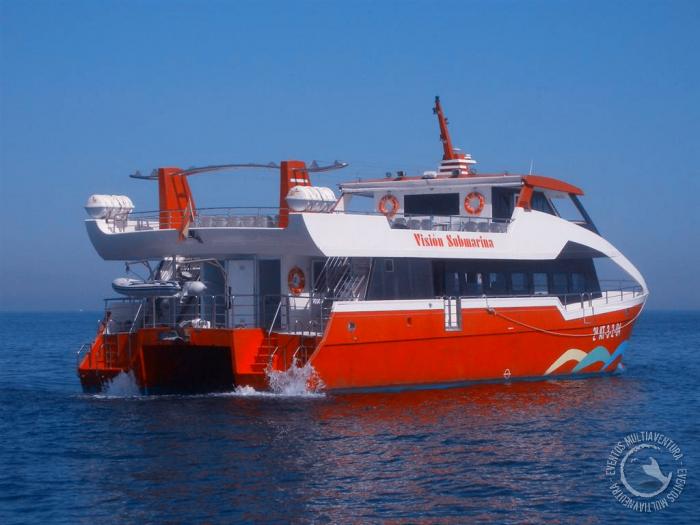 Fish is the dish of the day in most of the restaurants with it being freshly caught, and on admiring the view it is easy to understand why people travel across purely for a special meal overlooking the rocky coastline.

Local specialties include paellas and caldero (a type of Spanish fish stew). The cost of an average Menu del Dia is around €20.00 per person, slightly more expensive than on the mainland.

Another option is to take a picnic and enjoy al-fresco dining alongside nature. And as the island is nearly 2km’s long, you’ll always find a quiet location to lay down a blanket and open the cool box.

Through another gate to the tip of the island and people battle the slippery rocks and pebbles to scramble across the shallow water to a tiny little island for peaceful picnics and to watch the seagulls nesting by the shoreline. In certain parts the water is clear enough to see the marine life, almost close enough to touch.

The latest addition to the island is a museum, into which entry is absolutely free. The modern slimline building overlooks the harbour to the back and the beach to the front. Among the exhibitions are audiovisual shows that play several times throughout the day, giving visitors a welcome break from the sun and sea.

There are hourly ferries across from the mainland ports of both Santa Pola and Alicante to Isla de Tabarca. Trips are also available from Torrevieja. From Santa Pola the 25 minute crossing on a glass bottom ferry is approximately €13 return. From Alicante the price is €19 while from Torrevieja the journey is approximately 40 minutes and the cost €25.

Three of the World’s best villages are in Spain

Ten places to visit away from Torrevieja