While the Councillor for Tourism says that she is concerned about the negative impact that the closure of the beach bars will have on the renewal of Orihuela’s 11 Blue Flag beaches, and the mayor of Orihuela is distancing himself from the intensifying argument, the Councillor for Beaches, Luisa Boné, and the Councillor for Contracts, Francisco Sáez, are both denying that they are responsible for the termination of the Chiringuito Contract.

Together with the Deputy Mayor, Juan Ignacio López-Bas, Boné was on the coast where she met with local community leaders last week to offer her side of the story, while Francisco Sáez prefers to deliver his excuses from the relative safety of the press salon in Orihuela Town Hall.

Unfortunately their denials will not resolve the situation that has left over 150 local families without any form of income, following the loss of their employment, nor will they help the hundreds of visitors, holidaymakers and their children who are currently using the beaches, where there is no access to first aid, toilets, wi fi, refreshments, umbrellas, sunbeds, sport, nautical and the many other services and activities that the management of the chiringuito’s would normally provide. 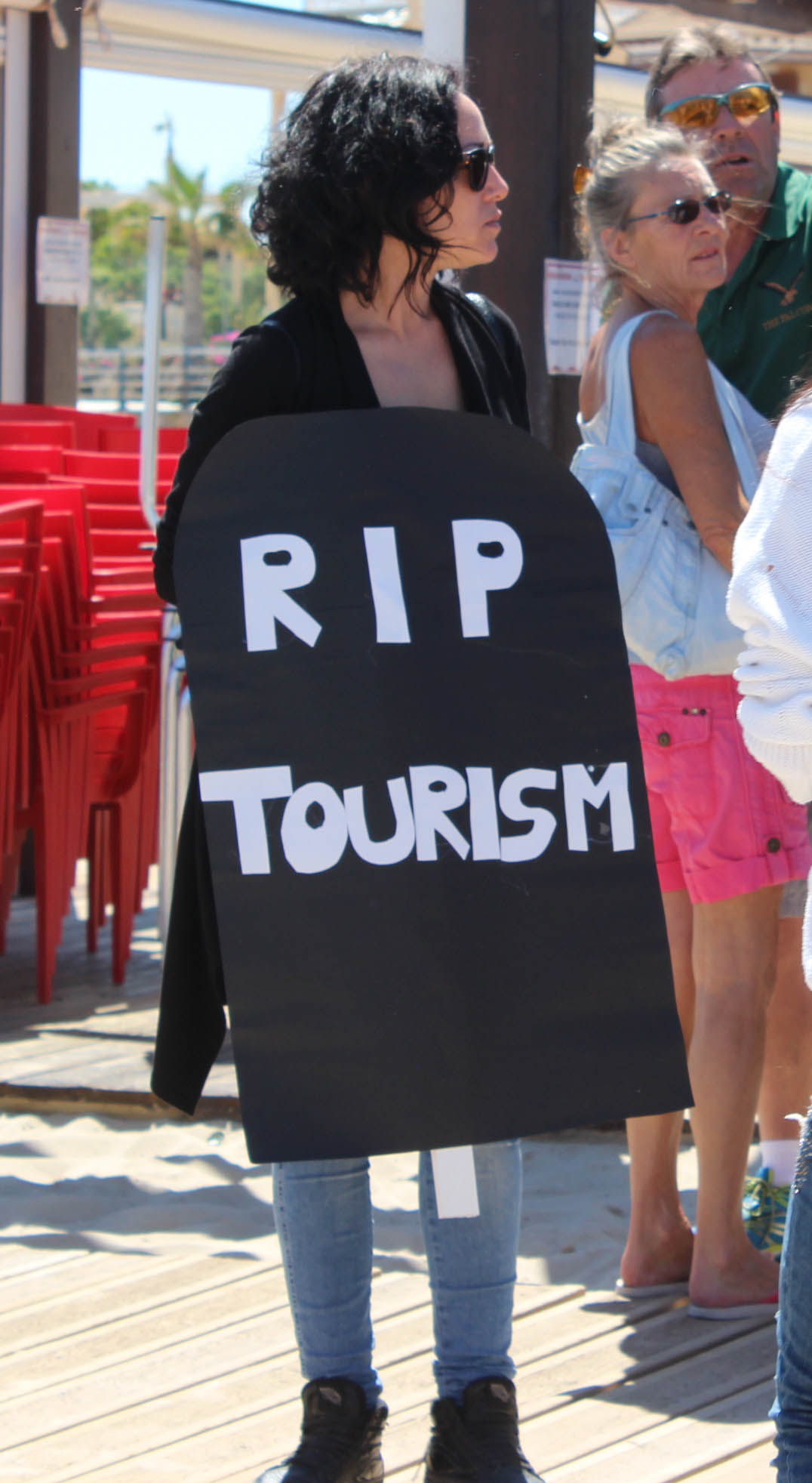 It was hardly surprising, therefore, when on Tuesday more than a hundred people, many of them former chiringuito employees, demonstrated in Cala Bosque, La Zenia beach, at the Orihuela Council’s closure of the 11 Orihuela Beach bars, a move that has been described as one of the best examples of bad timing in the modern history of the Orihuela municipality.

The demonstrators were quite vocal, particularly in their criticism of the Councillor for the Coast Luisa Boné, who they blame for taking the council decision.  However, as Boné seems quite clearly to have been proffered as the scapegoat, the Leader Newspaper had learned that the decision was made by the Partido Popular Councillor for Contracts, Francisco (Paco) Sáez, coinciding with the issue of a denuncia to the courts by Chiringuitos Piratas del Mediterraneo, one of the companies excluded from the tender process in 2013, because of their lack of ‘Q for Quality’ accreditation.

Of course the sacrifice of Luisa Boné would be much easier to make for the largely dominated PP government as Boné is not one of their own, but a member of the Ciudadanos coalition, making the whole affair even more distasteful than it might have first appeared.

Boné adds that she was not told of the situation by Sáez until Easter, when she was informed that all of the beach bars would be closed.

In the meantime the contracts staff are currently preparing the conditions for the new Chiringuito tender which, aware that the previous process is still muddied by a case of alleged corruption, they say will be absolutely watertight.

Whilst the Department of Beaches wanted to give a higher score in the tender process to those companies that propose a service providing more leisure activities, water sports or sports events and programs in both summer and in winter, Saez has made it clear that he is only willing to include requirements that can be precisely measured, without leaving the door open to anything that depends on a possible subjective interpretation. He fears that any such provision will open the door to new legal proceedings which he says he wants to avoid.

Meanwhile Boné said that she had considered the option of approving an additional year to the contract outside of the extensions, as was done in 2013, when the City Council extended the service with Chiringuitos del sol, justifying the need to retain the service until a new tender had been agreed, but the option to do so was vetoed by the contracts department.

So with the results of the Blue Flag International Jury still to be published for 2018, (details are normally released on 5 June), it will be interesting to see just how much damage the mismanagement of the Chiringuito affair has done to the image of the region in the eyes of the awarding body, the Foundation for Environmental Education (FEE).

Boné has said that it will be practically impossible for the service to be operational before the second half of June, with everything now focused on trying to ensure that the situation returns to normal in July.

However with the anticipated arrival of hundreds of competitors for an International Handball Tournament on La Zenia beach toward the end of the month, a competition that will be shown on Spanish TV, the council are cutting it extremely fine, which could mean that much of the attention to detail advocated by Councillor Sáez will have to be ignored.

Meanwhile Chiringuitos del Sol have said that despite the suspension thy have retained their operational staff and, with the agreement of the council, they could reopen the beach bars and restore the service until such time as the new contractor is appointed.

I for one feel that in view of the excellent service that the company has always provided during the tenure of their contract this proposal should be seriously considered by the authorities. Perhaps now would be the time for the mayor, Mr Bascuñana, to show what he is made of, overrule the decisions of his councillors and reinstate the facility. It would certainly be a popular decision among the Chiringuito employees and the many hundreds of people who regularly use the Orihuela Costa beaches.