After such a great season to date, CD Montesinos played their worst game of the season and went down to a 2-1 away defeat at relegation threatened CD Cox, who deserved their victory on the day.

With regular players and defensive “Rock” Manu suspended for this match and without veteran player “Tank” German also missing, top scorer Vazquinho was left to carry the full weight of the attack on his shoulders. Vaz, who is the division´s top scorer this season with 26 goals, played with a long term injury and suffered another injury during the game. Despite this, he continued, but looked a yard slower than normal.

It is fair to say that CD Cox were the better side on the day. Almost from the first minute they took the game to “Monte” who failed to get into the game. They looked lethargic and were second best to every ball.

Even when they took the lead in the 50th minute through substitute Luis, it always looked as if they were second best, and so it proved, and the two goals they scored deep into the second half gave them all the points.

Sometimes, at every level, a side has a game like this. Let us hope that this is a one-off and that the players realise how much the supporters of this humble Club want to clinch that third spot in the league. 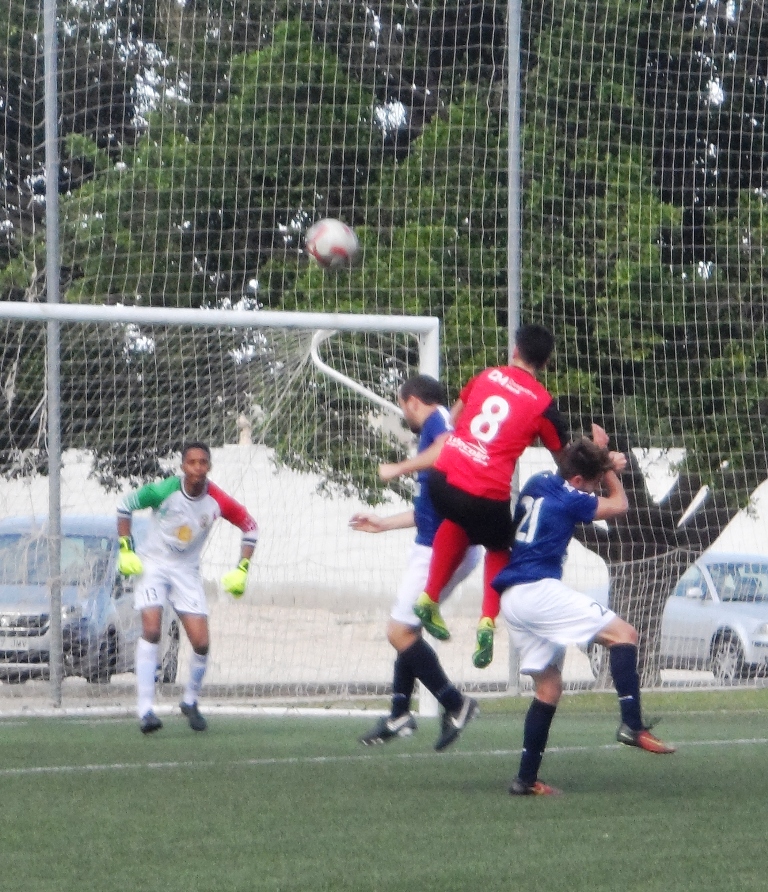 This latest defeat means CD Montesinos drop down one place into fourth position as they are overtaken by Santa Pola. Despite the defeat, this has still been a historic season for Monte who will need to be at their best for the final three matches this season if they are to claim that third place.

Next Sunday, 22nd of April, CD Montesinos have a home game against Callosa Deportiva. Kick off will be at 6pm. This game is sponsored by Erling Witzoe. This is a chance to put our latest defeat to bed and get back to winning ways in an effort to try to finish the season in third position. More than ever we really do need all your support.

Mayor drops in on Pilar’s  Infantil and Cadete football teams