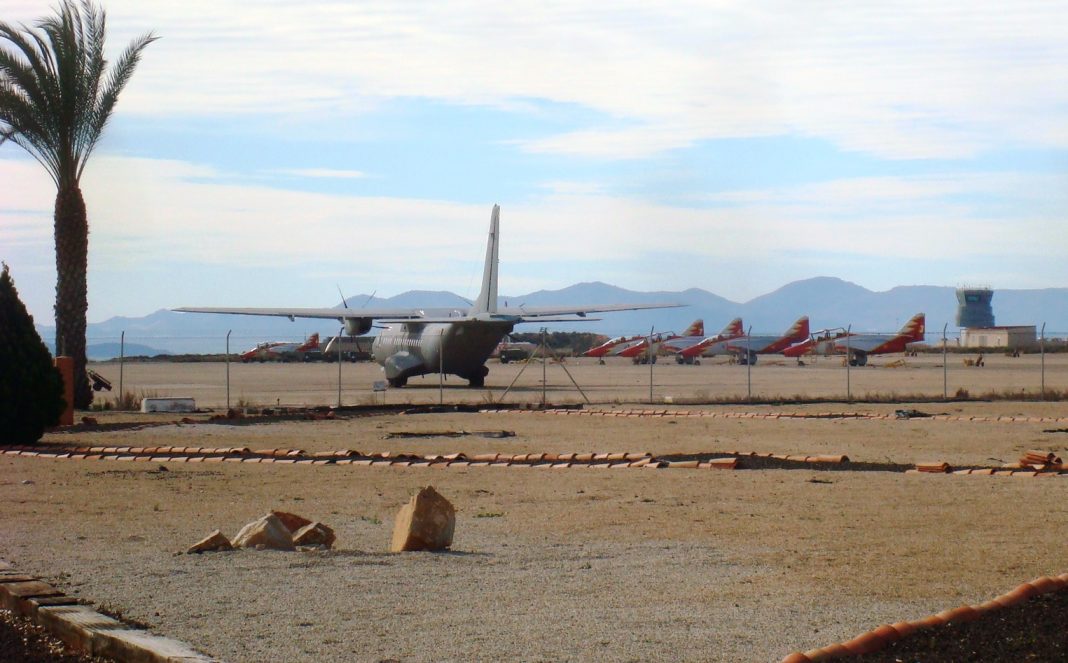 Two jet aircraft from the San Javier airbase, caused alarm amongst bathers on the Playa de San Juan last week when they overflew the beach at a height of just 30 meters. One of the aircraft is said to have caused a ‘deafening noise’.

According to eyewitnesses, as the bathers were enjoying a relaxing summers day at the beach when the two aircraft passed overhead at low level and directly above the bathers.

The noise was so loud that everyone on the beach was startled. There were also many alarms raised in nearby homes.  One local resident of a 2nd line beach property said “I was with my grandson preparing our food and it was as if there had been a big explosion. We all jumped up and thought the windows had shattered in the house.”

Such behaviour by aircraft is completely prohibited unless the pilot has a special authority. According to Civil Aviation regulations, aircraft have to fly above a thousand feet (300 metres) when they fly over empty areas and two thousand (600 metres ) in the case of an resident and inhabited areas such as the beach de San Juan.

A spokesman from the San Javier airbase confirmed that two aircraft were practicing over the beach but, was quite clear in stating that they fully respected the safety coordinates established by regulations.

Cambiemos complaint too little, and far too late