The FAOC (Federación de Asociaciones de Orihuela Costa-Alicante) say that they are becoming increasingly concerned about the deteriorating, and even dangerous state of many children’s playgrounds on the Orihuela Costa.

They say that in many of the parks, much of the equipment is in a hazardous condition, with broken swings and slides, some with protruding nails and screws, rendering many of the playgrounds perilous and unsafe to use. 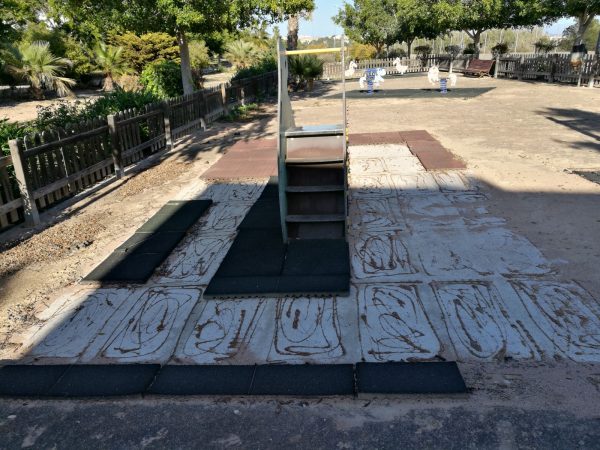 And FAOC have once again authenticated their concerns with photographs taken by their member associations in Villamartin, La Florida and La Regia, which they say shows just a small sample of the problems that affect equipment in playgrounds all over the coast.

They also state that many of the playgrounds are over run with weeds and rubble and are seriously in need of ground maintenance.

FAOC have been pressing the council to take urgent action for some time in bringing the coastal playgrounds up to a minimum level of serviceability, but to date there has been no response from the Orihuela Mayor, Emilio Bascuñana, or his Government team, to accede to or even acknowledge the FAOC request.

The issue was included in the proposal for the 2017 Participative Budget, which was presented by FAOC to the mayor in September of last year, and even at that stage it was noted as being a matter that was in need of urgent council attention.

A year earlier a motion had been presented to the council by the municipal group Ciudadanos. Indeed the motion was unanimously approved in the Municipal Plenary of November 26, with the purpose of repairing and refurbishing those playgrounds most in need. A year and a half later absolutely no progress has been made.

FAOC say that their photographs and their regular reports clearly highlight the dangerous and abandoned state of many of the Costa’s playgrounds, many of which are completely unfit for the use to which they are intended.

One resident told the local press, “I feel like we’ve been left behind and forgotten about on the Orihuela Costa.”

“The mayor and his council are simply using the residents of the Orihuela Costa as a ‘Cash Cow.’