The LeaderPutting YOU at the Heart of the Community
Sign in / Join
Subscribe
Home Headline “MAJORITY INTEREST IN SPAIN REMAINING TOGETHER”, SAYS MARIANO RAJOY 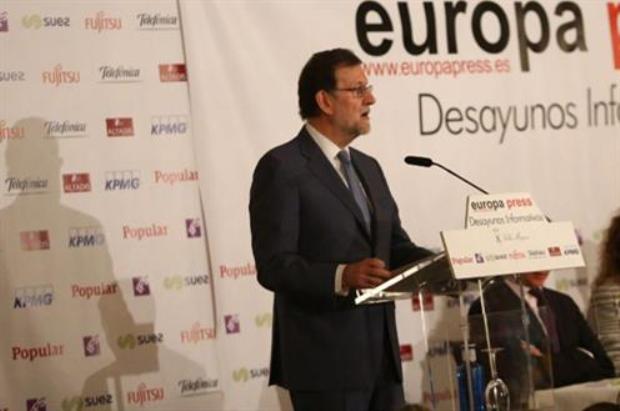 The President of the Government stressed that “a very exciting project exists for Spain”. He also reminded separatist leaders that “all 46 million Spaniards” are subject to the law and urged them to always uphold and respect the rulings handed down by the Supreme Court.

​”Spain is in very good health, it is the oldest nation in Europe, it has been around for a long time and there is a majority interest in remaining together”. The President of the Government, Mariano Rajoy, declared this on Monday, adding that right now “a very exciting project exists for Spain’s future”.

After taking part in an informative breakfast with the Chairman of the People’s Party in Andalusia, Juan Manuel Moreno, Mariano Rajoy referred in this way to the statements made by the former councillor to the presidency of the Regional Government of Catalonia, Francesc Homs, who will declare before the Supreme Court on Monday. In this regard, Mariano Rajoy recalled that, just like “the other 46 million Spaniards”, he is subject to the law.

Accordingly, Mariano Rajoy trusts that this trial will develop “with all normality” and stressed that, whatever the decision taken by the court, “I will uphold and respect it, as indeed I always do”.

The President of the Government pointed out that “a referendum cannot be held” on independence and “everyone knows that it would be illegal, even those people who are saying that they will hold it”. He stressed that “absolutely no-one is above the law, nor can that be the case”. He also underlined that every citizen is under an obligation to follow the law, particularly “those who hold responsibility for governing”.

Mariano Rajoy concluded his speech by stressing that at this time Spain is in a good position in Europe and that, after overcoming a serious economic crisis, it is seen as a country which has known how to act “at times of difficulty”. Consequently, he claimed that “we can all feel proud of our country, despite those people who only want to focus on negative aspects”.