The members of Campoverde Theatre Group were delighted to eventually present a cheque of over 700 Euros to the Help the Hero’s Charity on Monday 19th September. 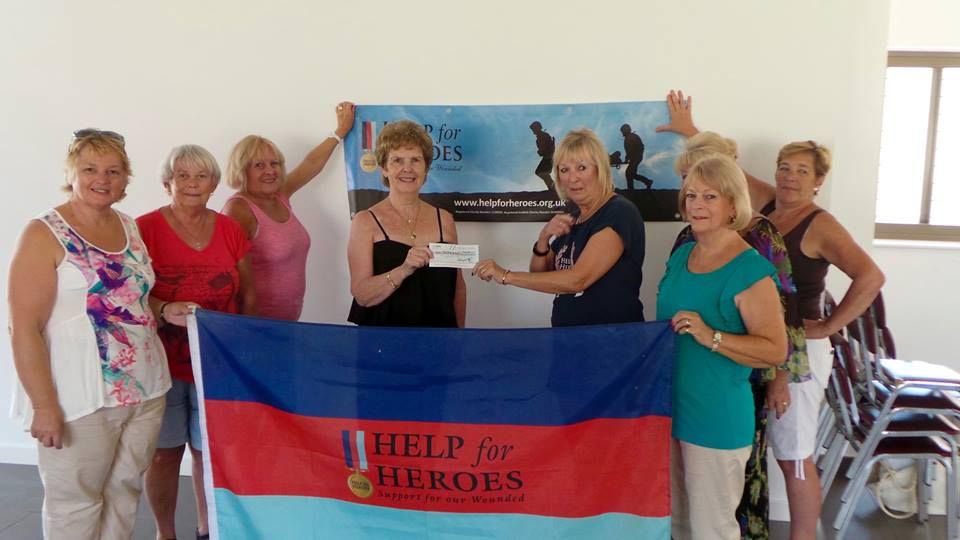 This represented the second charity donation from their last production, “Somme” Memories of a Century which raised money for The Royal British Legion in addition to Help for Hero’s. The success of this show has encouraged the group to present another Supper show at the Phoenix Nights Bar.

The group are now busy rehearsing for their next production Gone But Not Forgotten; Memories of the Stars, to again be staged at the Phoenix Nights Bar, San Miguel de Salinas.

This production will pay homage to some of the great stars that have died during 2016. This year has witnessed the death of so many well loved stars of stage, television and the world of popular music. The work of a few of these well loved personalities will be presented by Campoverde Theatre Group during an evening of song, dance and some very funny sketches.

Dates for your diary are Thursday 13th, Friday 14th, Saturday 15th and Sunday 16th October. This show promises to be a great evening of entertainment and the evening promises to show a very affectionate look at stars who will continue to live in our memories.

Tickets cost only 10€, the price including a one course meal. Tickets are available from the Ticket Line: ctgticketline@gmail.com  or telephone : 629 258 697. You can also purchase tickets directly from The Book Shop, San Miguel or why not drop into the Community Centre, Blue Lagoon (Monday and Wednesday 2-4 pm).

The best of Broadway with Studio32

A PLACE TO REMEMBER LOVED ONES