The LeaderPutting YOU at the Heart of the Community
Home Uncategorized A.C.T.S. NEXT PRODUCTION– WIFE AFTER DEATH 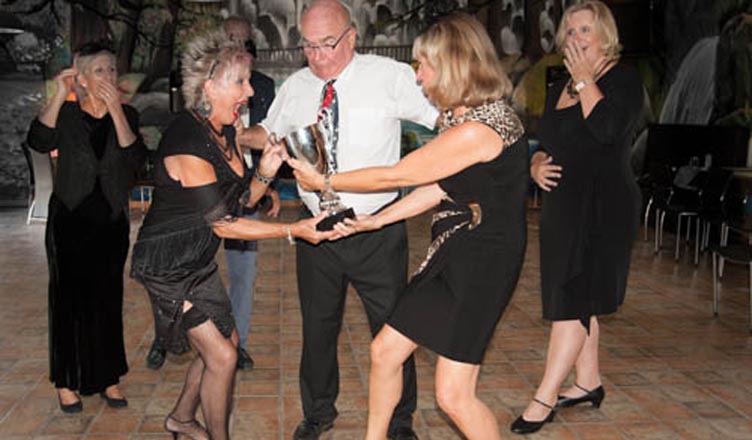 We are a drama group who perform in Benijofar, this is our second production, following the huge success of our first, a farce called Don’t Dress for Dinner, with profits going to the Benijofar Crisis Appeal as they did last time, ( 2,500 euros ).

Fun and feuding at the funeral of comedian and national treasure Dave Thursby, colleagues and friends gather  to pay there last respects but what ensues is anything but respectful, as  Dave’s glamorous  widow Laura (Robin Smith)  battles with a total stranger, known only as “the woman in black”( Eileen Hamilton) as  guests look on in a mixture of both horror and amusement.

This two act comedy was written by Eric Chappell who also wrote the T.V. comedy series, Rising Damp, Home to Roost and The Bounder. Tickets are 8.00 euro and are available by contacting:-  tickets.acts@gmail.com  or calling 646277724. Tickets are also available from various local outlets including Catorce Restaurant, Benijofar, who are offering an Early Bird dinner before the show and is only a 5 minute walk from the theatre, for more information contact Catorce on 966849030.

The performances are on the 3rd, 4th and 5th November 2016 with curtain up at 8.00 p.m. sharp and is being performed at the Benijofar Cultural Centre, with profits going to the Benijofar Crisis Appeal.

The Professional Sporting Injuries We Wish we Could Forget