Mazarron gained their first victory of the season with an emphatic 3-0 home win over CD El Esparragal at the Estadio Municipal.

The home team took the lead in the first minute after good work by Javi Torrano on the left. His cross to the far post was met first time by Cesar who turned the ball home. Esparragal’s first effort came in the 14th minute when a cross shot from the right grazed the crossbar. Two minutes later Chino’s free kick was scrambled clear by the Esparragal keeper and play transferred quickly to the other end where a mistake by Raul Torrano almost let the visitors in.

Pablo had to be alert to keep out another Esparragal effort in the 18th minute as the visitors came more into the game and Juan Andreo had to dive in to deflect another effort for a corner. However it was Mazarron who increased their lead on 36 minutes. Cesar was fouled on the edge of the penalty area and Chino curled a delightful free kick into the far corner of the net. 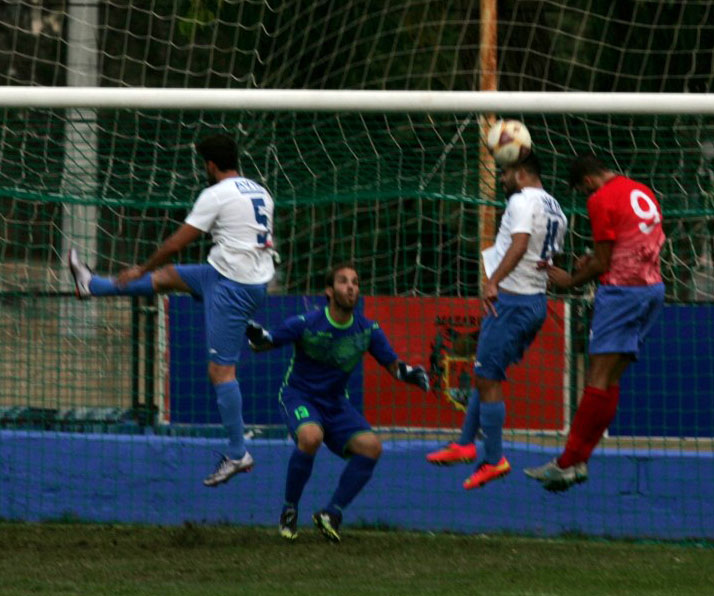 Mazarron started the second half brightly without really troubling the Esparragal keeper but the game came to life after 57 minutes when the visitors had Ruben sent off presumably for something he said to the linesman. Mazarron continued attacking forcing a number of corners which were easily cleared and Chino and Javi were forming an impressive partnership down the left hand side.

On 75 minutes a through ball found Raul racing clear and he hit a left foot shot into the net only to see the linesman’s flag raised for offside. Substitute Steven then made a good run down the right but Raul could only turn his cross in the arms of a grateful Esparragal keeper. Francisco then became the second visiting player to be dismissed before Mazarron scored a third after another surging run from Chino who found Steven on the right. The youngster’s cross into the middle was met by another substitute Ruben who turned the ball home to the delight of the large and enthusiastic home crowd.

The one blemish for Mazarron came in the 89th minute when reserve goalkeeper Juan Pedro was sent off from the substitutes bench.

The win lifted Mazarron out of the relegation places and up to 13th in the league table.

Man of the Match:  Chino

Gambling has been part of the human lifestyle even...

In recent times, the Ultimate Fighting Championship (UFC) has...