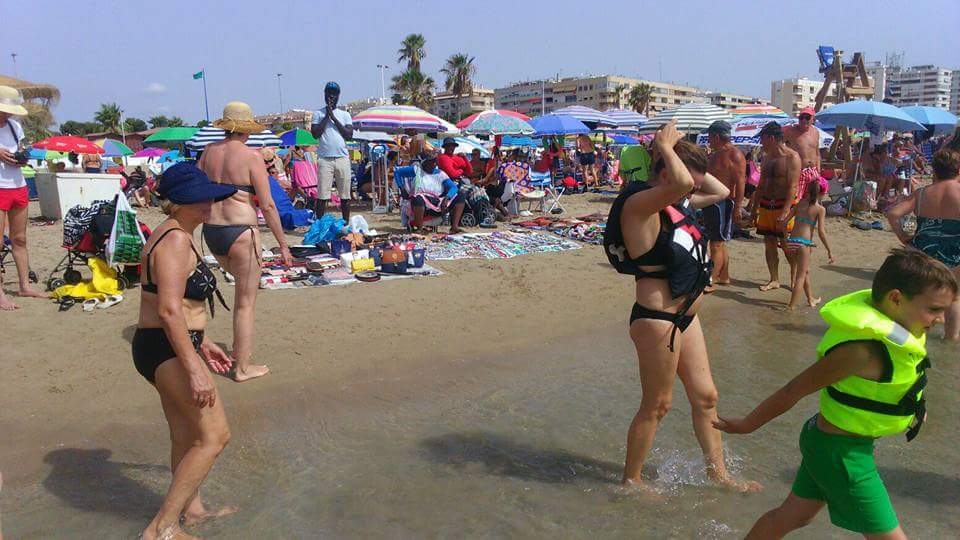 Councillor Agustina Esteve, appeared at a press conference last week where she asked for the creation of a specific security service to stamp out the problem of illegal sales, banned trade, theft and robbery on beaches, in markets, commercial centres and suchlike, where there is a notable influx of people who are using or congregating in the area.

The PP councillor said that Torrevieja should be ashamed at the amount of illegal trade that is being totally ignored in the city and to which the authorities are turning a ‘blind eye.’ Areas such as the neighborhood of Acequión, the district of San Roque, the beaches of Los Náufragos, El Cura, Los Locos, La Mata and many other sites that have become a hotbed for such vendors who seriously harm the operation of commercial centres, bars, restaurants and hotels by selling refreshments, cocktails, mojitos and offering for sale cheap products and massage services on the beaches without any sort of control.

She said that she will be submitting her proposal which she feels better addresses the issue of safety in urban and commercial areas at the next meeting of security coordination committee in Torrevieja. She says that she has the full support of traders, many of whom have offered suggestions and  advice that they would like to see implemented in order to ensure safety in their establishments.