Benidorm celebrated the Festa de la Carxofa with the offering to the Mare de Dèu and mass in Sant Jaume marking the beginning of the 2022 festival.

The Festa de la Carxofa, one of the most endearing and oldest in Benidorm, was celebrated in November, after two years of cancellations due to Covid-19.

The ‘penjà de la Carxofa’, was followed by a parade from Plaza de la Constitución to the church of Sant Jaume, where an offering was made to the Mare de Dèu, prior to the mass, officiated by parish priest Juan Antonio González.

It was attended by mayor Toni Pérez, members of the municipal corporation, presidents of the Comissió de Festes Majors Patronals and Associació de Penyes, José Vicente Fuster and Adrián Romero, the senior and child queens, Aila Merenciano and Chloe d’Hebboudt, accompanied by bridesmaids.

The procession moved in parades to the Plaza de la Constitución, tasting typical products from the garden.

A large popular sardine took place, with celebrations continuing with a well-known DJ followed by the popular Beer Drinkers Contest.

The square continued to be enlivened with music with the traditional ‘cremà de la Carxofa’ taking place. The festivities continued “until the veïnat ens deixe”, at 2am. 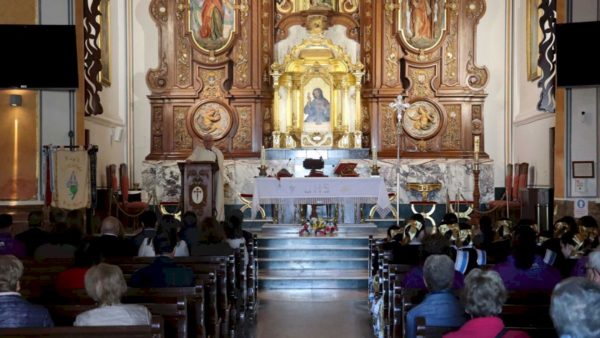