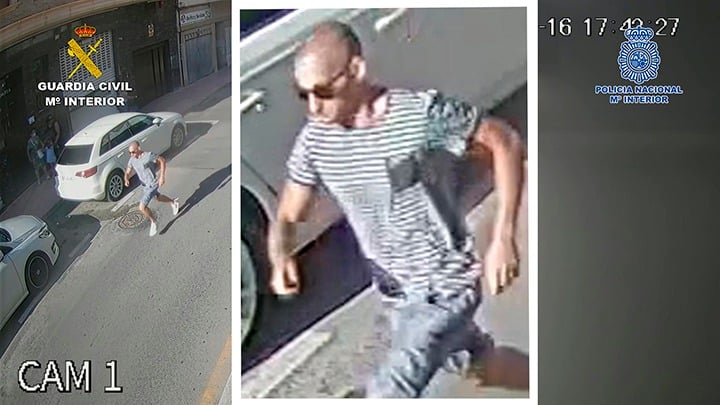 The National Police have identified the suspect of an attempted murder that took place in Torrevieja in 2020, and two killings which occurred shortly afterwards.

The identification was carried out through DNA in a Russian psychiatric hospital, which identified the man as Nikolay T., 26, classified by investigators as a “disorganised serial killer of a psychotic nature”, since he chose the victims at random.

The suspect is believed to be responsible for murders that occurred in Torrevieja and Elche between July and November 2020, before the man returned to Russia and committed another murder in December of that year.

It is now known that the suspect had lived in Spain for at least 15 years, his mother being responsible for several real estate companies in the Torrevieja area, mainly responsible for managing the rent for Russian citizens. Investigators also believe that this woman was key in her son’s escape from Spain back to Russia.

Security cameras recorded a suspect fleeing the scene moments after an attack that happened on July 16, 2020, inside a doorway on calle San Pascual at the corner of calle Chapaprieta, the victim being a 58-year-old woman who survived the attack.

On August 11, 2020, according to police investigations, he acted again, this time killing a man who worked on a farm in Los Montesinos. His body was found by another worker next to the tractor he was driving. He had ten stab wounds, one of them in the right cervical area. The Guardia Civil managed to extract suspect DNA from the victim, but at the time were unable to identify anyone it belonged to.

The same unidentified suspect was then believed to be involved in a third homicide, following the discovery of the body of a woman with obvious signs of strangulation and drowning inside an irrigation canal in the district of La Hoya, in Elche. Several witnesses saw a man with a slim build, short hair and an accent from an Eastern European country in the area. DNA found at this incident matched that at the previous murder.

With the CCTV images from the first incident, as well as witness statements, investigators were able to identify a suspect, and through Interpol identified a suspect who had also been attributed to another killing, this time in Russia, for which he was detained, and his DNA sample taken.