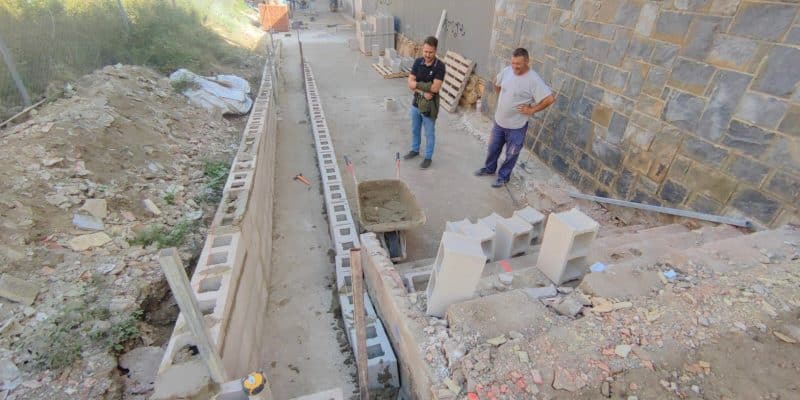 Rojales town hall is in the process of executing the conditioning works of a section of the La Comuna irrigation channel as it passes through the urban centre. The purpose of the work is to allocate this place for pedestrian and walking space, according to the Councillor for Works and Services, Jesús Martínez.

Councillor Jesús Martínez points out that it is a “necessary and highly requested by the neighbours” action that is carried out after reaching an agreement with the Juzgado Privativo de Aguas de Rojales. The irrigation aqueduct has been covered for more than 40 years.

The works have an execution period of approximately one month and have a budget of 48,000 euro. “We hope that the action will be completed by the first fortnight of November” indicates the councillor.

This section of La Comuna is widely used by residents of the town as well as by schoolchildren to get to the secondary school.

The works contemplate fixing the entire surface of the affected area, which was very deteriorated due to the passage of time. For this, stamped concrete will be used. In addition, a new access ramp will be built that complies with current regulations and a work staircase.

The area will also be equipped with solar lamps and litter bins, among other improvements.