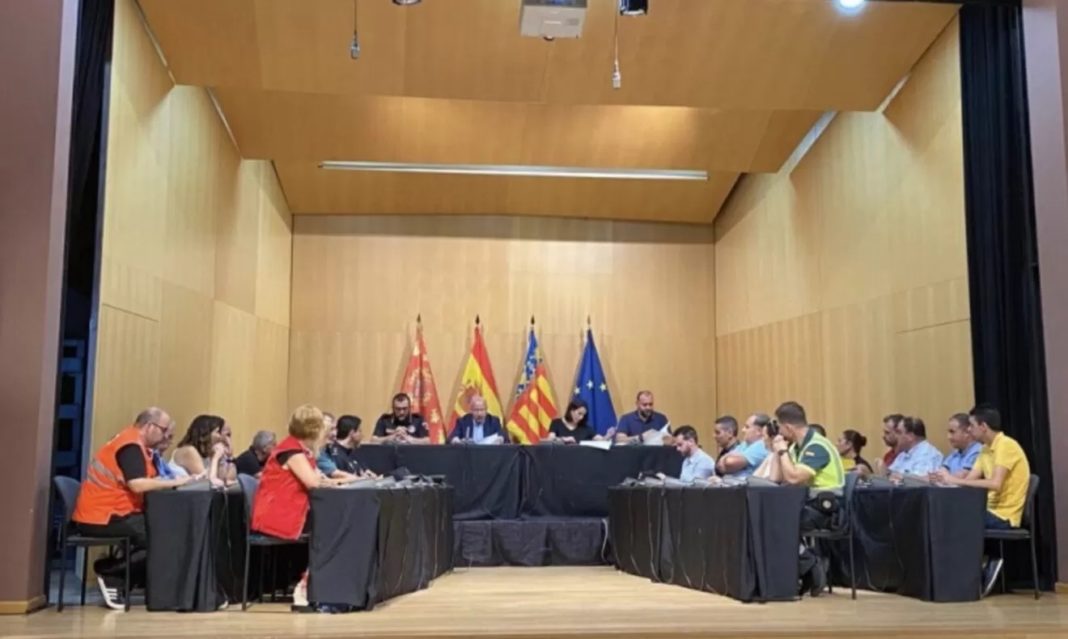 On Wednesday morning the La Lonja exhibition hall in Orihuela hosted the first gathering of CECOPAL (Centro de Coordinación Operativa Local), the municipal emergency coordination centre, with the aim of ensuring all available means are “prepared and prevented in an emergency situation caused by a meteorological phenomenon such as a flood or overflow of the river and thus have sufficient communication, cooperation and coordination to be able to act quickly and be able to provide quick solutions in these cases”, explained Guillermo Cánovas, Councillor for Emergencies, a meeting coinciding with the third anniversary of the devastating DANA floods in the area.

For her part, the Mayor of Orihuela, Carolina Gracia, who has chaired the meeting, reported the different municipal areas carrying out, since this summer, cleaning work on streets and scuppers to increase safety in the event of meteorological phenomena, and announced that taking into account the experience of three years ago “it has been decided to locate the advanced command post to the CAM building in case it has to face an emergency situation” and has issued a message of calm to the citizens since “as of today, as reported by the meteorologist Pedro Gómez, no meteorological phenomena are expected that could cause an emergency situation”.

Likewise, the Mayor explained how the Segura Hydrographic Confederation has communicated that “the cleaning actions of the Segura River between Benejúzar and Orihuela, will begin shortly. In addition, we are going to try to implement the agreement between the two administrations that makes it possible to have more resources next year and to act earlier in the face of the threat of rain. At the same time that it can be demanded, without having that agreement, and see the possibility of increasing the cleaning work and asking them for more involvement with a city like Orihuela, which must be one of the top priorities of the Segura Hydrographic Confederation”.